My Weakness: The Antagonist 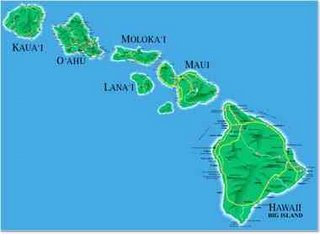 It is us against them. This is my weakness -- that there must be an antagonist in the story of my life. Me being the protagonist or the HERO.

Lastnight was Husband's birthday. We had dinner at Ruby Tuesday's and watched Blood Diamond after. I wish to share with you my reaction to the movie.

I was moved to tears in several scenes in the movie. The apparent disregard for human life was sobering. I swelled with anger in scenes depicting Black African's killing each other. One side represented the government of Sierra Leone while the other side represented the Revolutionary United Front. Though I can certainly identify with the revolutionary spirit, it seemed that the RUF sought to advance its own purposes at the cost of its own people.

In my own endeavor towards revolution, I do not seek to exploit the plight of my people nor do I wish to place them in harms way. I am awakened to the many atrocities that the foreign man has brought to my shore and I am moved to do SOMETHING! ANYTHING!

The first foreigner arrived in these islands in the late 1700's. This cluster of islands, the most isolated place on the planet, hasn't been the same ever since. The foreign man brought disease, chaos and greed to a people that were very obedient to the will of the Gods and the will of mother earth.

The foreign man changed the political landscape of Hawai'i -- as it was soon discovered that, "He who wields the biggest gun holds the power". The steady loss of power to he who wielded the biggest gun climaxed in 1893 when the U.S. Military docked its ships in Honolulu Harbor, pointed their cannons to 'Iolani Palace, as white, American businessmen demanded that the Queen relinquish her throne or suffer the anihilation of her people.

Had I been there, I would have GLADLY fought the greedy American from invading and occupying my island nation. I would have laid my life on the line to preserve a way of life that was subservient to God and Mother Earth. The sins of white America are lengthy but I reserve judgement because it is not mine to pass.

An American system of government was imposed on my people and it has proven to be profitable for U.S.A. It makes me sad that Hawaiians haven't been given the necessary tools to be able to navigate through America's legal system. Most are content with the free handouts - welfare - and have no desire to lift their level of awareness. My heart burns with sadness at the diseases that plagues the indigenous people of Hawai'i... the greatest being IGNORANCE.

And as Hawai'i turns into a playground for the rich, with skyrocketing property values and a billion dollar tourist industry, my people are being displaced. This land once belonged to the Gods until white America found it, exploited it, continues to exploit it and sells it off to the highest bidder.

i should make an effort to go see Blood Diamond, myself.

is it your weakness because without out an obviously identifiable antagonist, your call to action isn't felt as strongly?