I absolutely love this documentary! I am writing my final paper in pursuit of my Bachelor of Arts in Philosophy. The topic I have selected is Eugenics. I have done a decent amount of reading on the topic and just started perusing YouTube for videos on the subject.

This documentary sounds like it came out of my journals. The decimation of race based on the British empire and the emerging American empire of the modern era is mind boggling.

I will post portions of the paper. It turned out to be 11 pages so I will post each section as a post. Maybe you'll read it. Maybe you won't. All I want is to put the information out there.

Please Please Please read this post about D'Angelo. I am so glad he is making a come back. Thanks to Naked & Natural for keeping her eyes peeled for the return of D'Angelo. 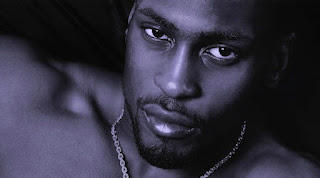 There are no words! Before my now-husband and during the heartbreak of my first marriage, D'Angelo was the man I dreamed would carry me into the sunset and we would live happily-ever-after. His music is outstanding, very original and soulful. His look - unique. Masculine features. Well-defined body... (it's been said that he got fat but who cares, he's back?!! LOL).

Welcome back D'Angelo. We missed you! 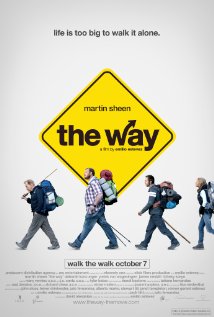 So there's an American.
A Dutch guy with a healthy appetite looking to lose some weight.
A Canadian lady battling addiction.
And an angry Irish Man suffering from writer's block then finding it.

So begins the story of a dead anthropologist who breathes new life into his father (the American) by, oddly, dying. **shrugs**

The movie introduced me to the "El camino de Santiago", a Christian pilgrimage that was popular in medieval times. There are several routes to travel but the most popular begins in St Jean Pied de Port on the French Side and ends 780 kilometers later in Santiago, Spain. 780 kilometers is about 485 miles. Historically people walked the entire way but biking has become a popular means of travel.

The American is summoned to recover the body of his dead son who died along the El camino de Santiago and so begins his journey to complete the pilgrimage for his son. Along the way he meets the Dutch guy who needs to lose some weight, a Canadian lady battling addiction, and an angry Irish Man suffering from writer's block. They each find the completion of the journey to be the event that marks the beginning of a new life.

And so ends the story of travelers on different journeys who become friends, inseparable. They started on separate paths that consequently led them to purge themselves and unburden their souls from things that weighed them down....TOGETHER. We all travel along that road, making friends, and making peace with guilt and the burden of guilt. This makes the movie so relevant, so believable, so connected with humanity's plight.

FAVORITE ELEMENTS:
-Political and meaningful/meaningless discussion amongst fellow travelers
-The beautiful architecture
-The scene featuring the Gypsy man, his son, and the entire Gypsy village
-The selection of MUSIC

I'm feeling the itch to go on an adventure.
To experience the world in all its splendor and glory.
To see and taste the vivid colors of the human family.
To unshackle myself from the smallness of duty and commitment.
To be liberated of meaningless rules that hold me down.
Life is in living; not in NOT doing!


I spoke to a dear friend of mine yesterday. BFF!! She'll be visiting in August. This is the first time in awhile that she's come home from Maryland. We rarely talk but it doesn't matter one bit. When I think of her, I drop her a greeting card in the mail and call it a day.

I'm not one of those girls that has to be in touch all the time. I can NOT see or speak to you in years but at first sight I can pick up wherever we left off. There are no awkward silences with me unless I mean to do that. So, if you know me and maybe we've lost touch over the years, trust me when I say that I.HAVE.NOT.CHANGED a bit!

I'm still wild, still adventurous. I can be shy sometimes and maybe even a little controlling. The laugh is still loud, the voice still booming but not much else has changed. I am who I have always been... a girl from Hau'ula Park Place.

Anyway, it was so refreshing to have a conversation with her. One that is always free from judgement. I can always be who I am ...authentically... without wondering if she would still be my friend when all is said and done. She knows every secret that I have to tell and I miss having that in my life. She lives on the East Coast so I have no one to vent to anymore because the time zones keep us from having a convenient time to talk. She used to be that sounding board for me. **sigh** I'm so glad she's coming here and I'm glad that she's bringing her husband along this time. I have never met him and I look forward to our week long adventure.
on May 15, 2012 No comments:

I am 3 weeks shy of completing my Bachelor of Arts degree in Philosophy.

I can't wait. This is the biggest scam in the history of the world (in my humble opinion)! I don't feel any smarter nor do I formulate my self-esteem based on my grades. The grades might be a reflection on my commitment but definitely not on who I am, inherently. If you can go to school for free (via scholarship) then, by all means, do so while you figure out what you really want to do. A person's failure or success is not based upon his or her ability to complete a degree. Far from it!

A well-known Philosopher, Jean-Jacque Rousseau, wrote Emile. It talks about the nature of education and on humanity's quest for true knowledge. The overall gist of Emile is that humanity should return to a more natural approach on education. One should seek out things that they are drawn to by their natural curiosity. I think of the things that I could have done if I had been encouraged to seek out things that truly interest me. I might be a carpenter today or a visual artist, a holistic healer, a journalist (my blog serves this purpose -- if only I were paid for my rants), a furniture maker, a fashion designer; anything but an administrator (I promise I'm grateful for my job!). What can a person really do with memorized interpretations of truth?

What gives people purpose in life? I contemplate that question often. In my own life, I feel so bogged down by religious protocol and by my cultural duties as a daughter and wife. I've mentioned it before on this blog and it seems it hasn't changed. To live authentically means that I must discard all the things that causes conflict in my life; that would include religion and cultural protocol or can I find a comfortable balance between who I feel I am, inherently, with who my family and religious community expects me to be? **heavy sigh**

The funny thing is that I can release all the obligations that I perceive are weighing me down. The only problem is that I am so attached to how I have always done things and how I think people perceive me. It's all so very confusing when I pick it apart. But I strive to move forward and to stay within the current boundaries I have set for myself. It pains me to be so bridled by religious and cultural expectation and to even mention that I have boundaries. Really, I wish I were free from religious dogma and the separations that it forces between human beings. Why can't we all just be brothers and sisters in this beautiful world? Why must there be distinct separations by our political and religious affiliations? I'm beginning to think that the two are the same!

Can anyone help me find the balance between two diametrically opposed worlds?