My Dearest Ex-Husband ~ Sounds like life has been treating you WELL lately. I'm so happy for you & her. I wish I could tell her all the wonderful things I've always known about you BUT that would steal the fun outta the newness of your lives together. I am truly, genuinely happy for you. I have ALWAYS wanted you to be happy even if it was without me. I have so many good memories of us. Above all, we have always been such good friends and I hope that NEVER changes. You deserve a wonderful life. Go out and get it!

Your well-being has always weighted heavy on my mind. I felt like I could have done more to help you see past the pain. But I knew you'd make it out on your own time. A bit of advice, if I may... send her flowers at work for no reason... just cuz you miss her or you love her. That can erase self-doubt and animosity. The gesture has the power to make a woman fall in love over and over again. You will never go wrong with that. "Find 100 Ways". Do at least one nice thing for her everyday. A woman needs constant reassurance and IT IS YOUR job to make sure she gets it. Whether it's a little note in her purse or lipstick notes on the mirror, big or small, it doesn't matter. Be kind and ever compassionate. Let me stop.

Your soul is so beautiful, so beyond explanation. The both of you are blessed to have each other. Be good to each other. Live a beautiful life full of love and joy... maybe one day we'll run into each other again. Please know that you will always have a soft spot in my heart. Just cuz we're not married to each other anymore, doesn't mean that soft spot went away. *winks* 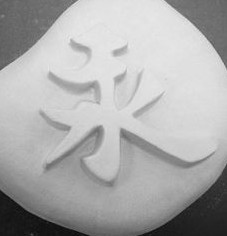 This is what I have on my "plate" currently...

-creating a charter school, acquiring funding, creating curriculum... all that stuff
-acquiring real estate -- i want my first piece of property
-conceiving -- i'm ready as i'll ever be
-involvement in my community association -- a work in progress. i'm still trying to figure out the in's and out's of it
-the freedom fight -- check sites like http://www.imfdecoder.com or http://www.sorce190.com or http://www.givemeliberty.org or http://www.freedomtofascism.com/ -- by far... the most rewarding!!

...my brother and i have joint endeavors as well... and we're going to begin working on it. a magazine -- he and i are still figuring out the actual theme... brainstorming is ongoing.

My commitment to meeting and exceeding my goals is a fairly recent ideal. At least for me, it is. i attended a Champions Workshop and continued to Personal Mastery. (Find this series of workshops at http://www.klemmer.com ) it has changed my life -- in so many good and exciting ways. I am more aware of where i'd like to go and what i'd like my life to mean. This human existence is such a short period of time in the eons that my soul has existed. Why get stuck reliving the bad "stuff" that happened in this world? My eyes are focused on eternity and helping others see the vision!

Seems I'm content and excited about the power in my soul that is able to effect POSITIVE change.

I'm willing to walk the walk. Are you? 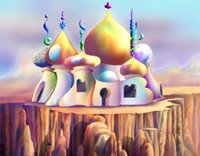 I've been thinkin' of buying a house. Two story, 4 bedroom, 2 1/2 bath home located on the street I grew up on. The idea of living there and owning the home consumes ALL of my daily thoughts.... and apparently, it consumes my sleep time as well. I fall asleep thinking about owning that home. I have been concentrating so intently on that piece of real estate... hoping to attract all the positive energy in the universe. I define, right now, my truest desire is that of owning that home.

I don't have a detailed plan of how I'll be able to acquire the home. Financing - **shrugs** - don't know what Imma do but I have FULL faith that God and the universe is preparing folks to help me in this endeavor.

All I know is that my intent will move me into that home, God-willing. If you have positive vibes, please send them my way.
on July 18, 2006 4 comments:


Hawaii is home to yet another national champion...today a twelve group of girls from Laie did the trick in Chicago.

Twenty-four teams from six different pools with a handful of teams from Hawaii competed...

Na Wahine Koa from the North Shore defeated a team from Kailua to get into the finals... where they met Newport Beach of California..

A goal by Kahi Naeole and another by Rachelle Tailele in overtime lifted the Hawaii team to a 2-1 win...

This Nation Shall Endure, an excerpt

"We hold these truths to be self-evident, that all men are created equal; that they are endowed by their Creator with certain unalienable Rights, that among these are Life, Liberty, and the pursuit of Happiness. That to secure these rights, Governments are instituted among Men, deriving their just powers from the consent of the governed." ~Thomas Jefferson, The Declaration of Independence

Since God created man with certain inalienable rights, and man, in turn, created government to help secure and safeguard those rights, it follows that man is superior to government and should remain master over it, not the other way around. As said so appropriately by Lord Acton:

"It was from America that the plain ideas that men ought to mind their own business, and that the nation is responsible to Heaven for the acts of the State, - ideas long locked in the breast of solitary thinkers, and hidden among Latin folios, - burst forth like a conqueror upon the world they were destined to transform, under the title of the Rights of Man....

"...and the principle gained ground, that a nation can never abandon its fate to an authority it cannot control."(The History of Freedom and Other Essays, 1907, pp. 55-56)

We also need to keep before us the truth that people who do not master themselves and their appetites will soon be mastered by government.

I wonder if we are not rearing a generation that seemingly does not understand this fundamental principle. Yet this is the principle that separates our country from all others. The central issue before the people today is the same issue that inflamed the hearts of our Founding Fathers in 1776 to strike out for independence. That issue is whether the individual exists for the state or whether the state exists for the individual.

In a republic, the real danger is that we may slowly slide into a condition of slavery of the individual to the state rather than entering this condition by a sudden revolution. The loss of our liberties might easily come about, not through the ballot box, but through the abandonment of the fundamental teachings from God and this basic principle upon which our country was founded. Such a condition is usually brought about by a series of little steps which, at the time, seem justified by a variety of reasons.

Yes, I thank God for the sacrifices and efforts made by our Founding Fathers, whose efforts brought us the blessings we have today. Their lives should be reminders to us that we are blessed beneficiaries of a liberty earned by great sacrifice of property, reputation, and life. There should be no doubt what our task is today. If we truly cherish the freedoms we have, we must instill these sacred principles in the hearts and minds of our youth. We have the obligation to rekindle the flame that existed two hundred years ago among those who pledged their lives, their fortunes, and their sacred honor. The opportunity for patriots to do so again is clearly upon us. 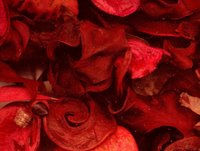 I'm sitting here -- blogging. That's a good thing. I've finally etched out some time to sit here and let my fingers hit the keyboard. I have so much to talk about but have no inclination to organize my thoughts.

On my Yahoo 360 page I talked about my goal to begin learning Spanish. I haven't started yet... was thinkin' about doing one of those software/audio courses. Any ideas?

I watched Madea's Family Reunion last weekend and I thought it was trash. BORING! Mindless! Diary was better. I genuinely laughed when I watched Diary. I could rant about how horrible Family Reunion was but ahhh... I'll spare you.

I'm in one of those strange moods... feeling really sentimental. Feeling like I really need some affection. Feeling like crying but I don't have anything to cry about. I am a strange hodgepodge of emotions today. I wonder if anyone else ever feels like this or is it just me?! **heavy sigh** I didn't feel like this all day.

Husband and I attended a "talk story" session with our congressional representative, Ed Case. We were the ONLY non-white people in attendance. That makes me REALLY sad. Note to self: I'll have to blog about that later.

After the meeting, I had some charter school stuff to attend to.

I walked in the door at 930pm, my honey was curled up and sleeping already. I have so much to tell him about the exciting things happening with the charter school. We are finally going to use public access TV to educate the general public about the future of education. Charter schools are one step in the right direction.

When I become a parent, I will probably be homeschooling unless of course I actually create the ENTIRE curriculum at our charter school. **shrugs** We'll cross that bridge when we get there.