In 7 days I will be 38. When I was 18 I did not foresee this day! **shaking my head** But I love the woman I am becoming. Every year there's something I love more about myself that I didn't before. I realize that I wasted a lot of time worrying about my body shape and my BMI, my hairstyle, and my general self-esteem. I wish that I had the personality I have now when I was 18 but that would skip over 20 years worth of lessons... and I love the lessons! I cherish everything I have experienced, both the good and the bad.

My soul feels very old. Sometimes it appears in my blog posts. I embrace how free my mind has become. I wish that every child could be born without the trappings of our parent's dogma and be truly free to explore whatever it is he or she desires, without judgement or condemnation. This life was meant to be a whirlwind of experience that nourishes us and teaches us. **sigh** I love this world and this life. I wish everyone could free their minds and seek whatever it is that brings them peace, love, and fosters compassion one toward another.

As I close out my 37th year, I just want the world to know that this past year has been about finding the things that really speaks to me and being comfortable with the choice I have made. As I commence my 38th year -- I will spend August 3rd at the Earth, Wind, and Fire concert at the Neal Blaisdell Arena. I'm super duper excited. I think this is a great way to kick off my 38th year.

MY REAL BIRTHDAY WISH....
But really... the biggest thing on my Birthday Wish List is to send a very special couple to a "couple's retreat" workshop that they desperately need (according to me). I love them very much. I love their children and I really would LOVE to help them blow their mind wide open to the possibilities in the universe, to help them foster better communication, to feel LOVE again. It's a PSI workshop that will work best if both husband and wife attend. I want this so bad for them so I open it up to you. $520 per person = $1,040 that I need to fund raise. Please help me send them! ((please write PSI WORKSHOP in the purpose line.))

Save the North Shore

I had to repost this tweet because when I read it, I could not stop laughing.

I hope MichaelEaly and Mrizzy are friends and Mrizzy is joking because if I were on the receiving end of that tweet -- IGNORE/BLOCK would be my next move.

This stupid tweet conversation caused me to consider the implications of her tweet: WHEN YOU GON' LET ME HOLLA?

First, men speak to women like this all the time (to their discredit). Is it now a woman's prerogative to behave in the same manner? There has to be a better way of communicating than to say WHEN YOU GON' LET ME HOLLA? Just a short generation ago lyrics of songs would go something like this:
Earth Angel, Earth Angel
Will you be mine?
My darling dear
Love you all the time
I'm just a fool
A fool in love with you
If only women still thought of themselves as angels. Would that change the way we, as women, view ourselves? If we are defining who we are by the lyrics in mainstream music then maybe we should demand better music and stop subscribing to the sexist, shallow, overly sexual-lized music that is being played over the airwaves.

In recent reviews that I've made after attending two night clubs, Zanzabar and Rumours, I pointed out how I think the music being played is absolutely ridiculous. Who wants to hear all the references to female genitalia or female dogs? I don't know what the appeal is. Given that the music is an obvious context for the modern young adult that indulges in that music, it's obvious why men and women behave the way they do. Let's look at the lyrics to 2chainz' Birthday Song:

Kanye West
She got a big booty so I call her Big Booty
Scrr.. Scrr.. wrists moving, cooking, getting to it
I'm in the kitchen, yams everywhere
Just made a jug, I got bands everywhere
You the realest nigga breathing if I hold my breath
Referee, with the whistle, brrrrt, hold his tech
Extendo clip, extendo roll
When your girl leave me she need a hair salon
Hair weave killer going on a trapathon
See I done had more bombs than Pakistan
Dope bomb, dro bomb, and a pill bomb
See nigga, I'm balling, you in will call
When I did, bury me inside the jewelry store
When I die, bury me inside the Truey store
True to my religion, to everything I'm too different
So when I die, bury me next to two bitches

It was pretty difficult to get through reading that. Deciphering its meaning is just beyond me. I'm not sure why this music is appealing to young people. The beats and the constant whine of the "hook" of the song is probably a factor in hypnotizing young people into buying in. Add to that the degrading lyrics and we have modern "urban" culture. It certainly lends some insight to how women behave and dress in the club and that, in turn, influences how their relationships are fashioned.

This post started from a simple tweet I observed in tweet-dom and has evolved into whatever it has become. To conclude, there is only one thing I wish women would come to realize - we are not commodities. We dictate who and what we will tolerate. EVERYTHING in our world begins with our choices. I/You don't have to dress like a stripper to attract a man. In fact, doing so may attract more trouble than its worth. There is a definite place for lust and desire especially when selecting a life partner but it cannot be the ONLY thing that we use in determining if there is a match. When we say enough is enough, the whole world will bend to our desire.

I have been wanting to do a photo shoot for quite sometime. I love being in front of the camera almost as much as I love being behind the camera. These are the results of my photo shoot with professional photographer Jolene Kanahele. She was so much fun to work with and she surely knows the right poses for a plus-size woman like me. My sister-in-law did her magic with the makeup. She is a MAC girl when it comes to makeup. Can I blame her? The makeup feels good on the skin. It absolutely DOES NOT feel too thick or caked on.

I have been wanting to cut my hair for quite some time. I would have preferred to go to a professional to get it done but I opted to do it in the comfort of my bathroom. What a risk. I cut off about six inches and this was the result. I love the length. Husband likes the longer length. Either way, I love who I am both inside and out. The blue sequin top was a steal at Macy's Ala Moana @ $4.00 on clearance, I couldn't pass it up. The black top was a nice and simple long sleeve, v-neck from Jeans Warehouse @ $10.00. Perfect selections for a photo shoot.

The premise for the shoot is for plus-size beauty's to embrace their body shape now and celebrate it rather than waiting to be at your goal weight. When do we really reach our goal weight? Since my late 20's (I'm 37 now) I have fallen in love with who I am and my own body image. I prefer to be naked rather than plastered with clothing. My husband can attest to me prancing around the house totally uninhibited.

I love to play dress-up on occasion. I'm sure every girly girl does. I grew up more as a tomboy because ultra-femininity didn't appeal to me but it does now. When I do get the opportunity, I love to do myself up. It transforms my day-to-day look for a little while. My true, authentic self though loves to be all natural. Husband loves to see my hair all natural, blowing in the wind and definitely NO MAKE UP. I just laugh at how he sees me and I love that my natural-ness is his pleasure.

These pictures are my favorites... they are closest to my personality. What can I say? I LOVE me! 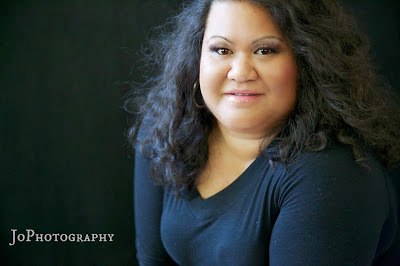 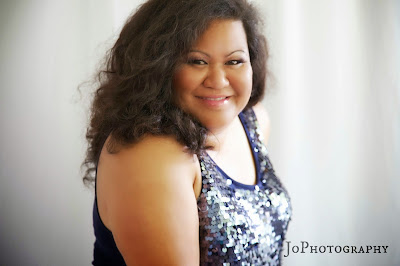 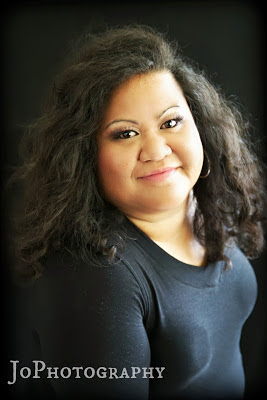 As I age, I hope that I may keep up with my beautiful husband. He is the inspiration behind my secret love stories and the reason I believe in love all over again. We have our hard times, our not-so-good times but we also have the fabulous, extraordinary, ride-or-die times. He truly is my best friend and we are in it for longer than forever. I can't imagine sharing my time with anyone else. You can catch him on his youtube channel as "painless risen". Both of us are quite vocal, in different ways. Me with the pen/keyboard and he... he loves the spoken word and moving pictures. Our ideas are beyond what many can stomach and we go in two opposite directions sometimes but the fact that our conversations are so stimulating still blows my mind.