I'm In Love With Another Man 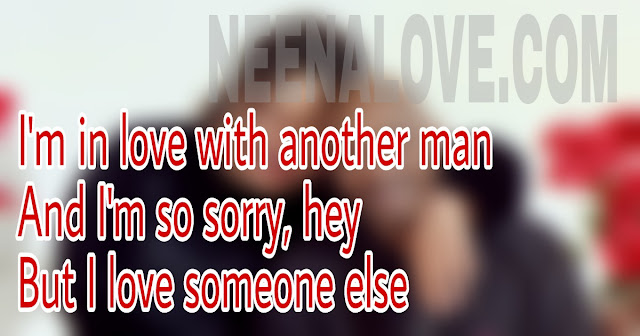 My 16-year old niece shared this song with me over the Christmas Break. I'm In Love With Another Man performed by Jazmine Sullivan. Scroll down, I embedded the YouTube video at the bottom of this post. Maybe you can play it while you read this post.

I don't know if she understands the lyrics of the song but she had this on repeat (along with The Greatest Showman soundtrack) every day. Today, as I did my lunchtime walkabout around the State Capitol here in Columbia, South Carolina, the song came up on my playlist. As I listened to the lyrics and to the nuances of Jazmine's voice and the rising intensity of the song, I hoped that my niece identifies with that rather than the lyrics. Surely, she's much too limited in experience to understand the dilemma, right?!

As I made my way along the sidewalks of Downtown Columbia, I placed the song on REPEAT. I was immediately thrown back to the spring of 1994. My boyfriend at the time was a lovely man. Well, without divulging too much about myself in relation to him, we were in love even with all the obstacles that should have kept us apart. I thought I was in love. I thought what he and I had was love. Up until that point, what he and I had is what I would define as LOVE. Then one hot and sunny April day, while my boyfriend was away for work, I met someone else.

I wish I could say that I was a good girlfriend and turned away from the advances of the "someone else." But I didn't. I had a terrible headache the day I met someone else and I was grouchy, tired, probably dehydrated, and I just wanted to sleep. My friends that I was hanging with were in full-party-mode and the chances were slim of me finding somewhere to lay my head to rest and nurse my aching head.

If I could, could forget him
I would, please believe me
And I know that I should throw the towel in
But baby, it's not, not that easy
You treat me so much better than him
And if I were sane there'd be no competition

I wish I could say that my break from the boyfriend was drama free but it so wasn't. Someone Else stood by me through the many ups and downs that accompanied a relationship with me and the crazy break up with my boyfriend. I knew he was going to be someone special to me the minute I laid my eyes on him. We were driving past him and his friends. He was sitting on a car laughing. I will never forget that strange feeling I had when I saw him and this was before we even met formally. Like I said, I wish I were a better girlfriend and remained true to my man but that was not in the stars. Someone else stole me away. Well, I wouldn't say stole because I went with him willingly. Whole-heartedly.

It was just going to be a fling. That's what I had put into my mind. Boyfriend would never be the wiser. That is not how it turned out. When "someone else" and I met, there was a definite buzz between us. Electricity. Sparks. Flames. Hell, it was a fire even with the gnawing headache that I was nursing. After meeting that Sunday evening, flirting, we exchanged numbers then parted ways. There was no denying the attraction between us and I was curious where the sparks would lead.

MONDAY LUNCH TIME - He calls me. We make plans to meet up again. I was so impressed that he called when he said he would.... and the butterflies fluttered aimlessly through my belly.

MONDAY NIGHT - A few of my girls accompanied me to his apartment. After all, we just met and I wasn't comfortable going there by myself. His room mates were there also. And with all the people around us, both he and I just wanted to be alone. The animal attraction between us was sparking hotter than it was the night before. We were both being polite for all the other people there. If they weren't there, our lips would have locked a whole lot sooner. Instead, we kissed as I was attempting to leave with my girls and the rest is history.

I saw him the entire time that boyfriend was off on a work trip. I was instantly smitten by "the someone else" and I knew I could not return to my boyfriend. I tried. I really did. Someone else and I even agreed to continue seeing each other even after my boyfriend returned. I was not happy with boyfriend. Suddenly, he wasn't enough. I tried to pretend that nothing happened while boyfriend was away but I could not forget the way someone else made me feel, the endless conversations we had, how he loved my body, how I felt so safe, and there was just no way to deny that I had fallen madly, deeply in love with someone else.

In the end - it happened just like the song.

I'm in love with another man
And I'm so sorry, hey
But I love someone else