The way it was told to me goes like this:

Quick Review - King Drac saves the kingdom but wifey dies, but she gives him all her blood to save their son. She tells him she will see him in her next life. 800 years later they run into each other and she is drawn to him and he to her.

With that great review, I had to make some time to watch Dracula Untold. I was not expecting a love story at all but it was indeed a love story mixed with great action scenes and computer graphics.

There was one particular scene that made me tear up. Prince Vlad is experiencing angst over his decision to be a vampire to save his people and defeat the Turks. He must send his wife away to the monks while he remains behind to finish the Turks. His beautiful wife tells him, remember our vows?
Why think separately of
this life and the next
when one is born
from the last
The words of the poem - so easy and beautiful. A google search reveals that that poem is a verse in Love and Death by Rumi. Prince Vlad and his wife embrace, they kiss as they part ways. Prince Vlad heading into battle to single-handedly defeat the Turk army with his supernatural, vampiric powers. His Princess leaving with their child to flee from the chaos. Their passion for each other was so real on the screen. I felt like I was peeking in on a private moment between a real couple rather than two actors. There was a sense of urgency that was almost tangible. 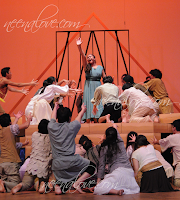 My niece recently played the starring role in her school's rendition of AIDA. I was so moved by her performance. I am so proud of how talented and smart my nieces and nephews are and that's not a biased opinion. They really are so smart and so respectful and so talented. I am so grateful that they have such good parents to guide them on this life journey.

The short story line behind AIDA is kind of similar to how Dracula Untold was explained to me -- it's about a romance that spans several lifetimes. Aida is enslaved by an Egyptian general. He gives Aida as a gift to his fiancee, the Pharoah's daughter. However, the attraction between the general and Aida grows and they become lovers right under the nose of the Pharoah's daughter. When their love affair is discovered, the Pharoah's daughter sentences them to death and the mercy she gives them is that they may be entombed together. The closing scene shows the general and Aida being entombed. Immediately after, the same two characters that played Aida and the general appear on stage in different clothing, from a different era, looking at the tomb of the two lovers. They look at each other as if there is something familiar between them and thus another love affair, in another lifetime begins again.

This brings me back to the significance of the poem:

Why think separately of this life and the next when one is born from the last?
I want to think that the relationships I have here and in this world were born from the last... not just the romantic ones but all of the friendships and familial ties! I think of a particular instance when my #3 niece was just learning to talk. She was probably two or three and we were having this very intense discussion about something. I can't recall. She turned to me and said, "Remember Aunty? It happened when I was bigger than you." Without skipping a beat, I asked her what we looked like and she went on and on about it and then suddenly stopped and changed the subject. I could not get her back to revisiting the lifetime when she was bigger than me. Since that moment, this niece of mine has a special place in my heart because of her remembrance of our lifetime before.

With the demise of both of my marriages, I feel like maybe there might be something wrong with me. That somehow, the way I deal with things in a relationship is not conducive to fostering longevity. So if I did indeed know both of my husbands from a previous lifetime and we repeat these same relationships then I suppose I am not learning a thing. There is something I am doing that causes the failure of the relationship even though I have a great desire to be loved and to give love completely and through all generations of time. I love to be in love. I want these love affairs to move in sync from lifetime to lifetime.

I am reminded of Erykah Badu's song, Next Lifetime. She talks about how she's in a relationship, maybe a marriage, but felt a strong attraction to another man. She is resigned to the fact that nothing can come of their mutual attraction to each other. Instead, she tells him that she'll see him NEXT LIFETIME. I can say, emphatically, that I have never allowed myself to be attracted to another man while I was married. I pride myself on my stubborn loyalty to both men that I was married to. When I say "I Do," I really mean it. I may not be the best girlfriend but I am a damn loyal wife. 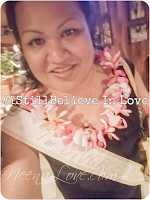 Now that my world has opened up again, I am allowing myself to feel attraction again. I am opening up my energy field to the men around me. While I was married, I closed that part of me off to anyone. My love energy was not available to anyone but my husband. I'm sad that he allowed himself to be attracted to other women and rather be single and free. I have been thinking of him so often in the past couple of days. I hope he is well. I hope he is happy. I've always wanted that for him even if it's without me. I wish him happiness and joy. Though I miss him so much, it's more because I just spent the last thirteen years sharing the same space with him. The man he has become in the last year is definitely not the one that I married so he can continue on in his evolution / devolution. One day, maybe in my/our next lifetime, we will get it right and we both can heal the parts of us that are hurting. I suppose the same could be said of the other man I loved so completely (my first husband). **heavy sigh**