TBT= Throw Back Thursday = This is a look into my written diaries from nearly two decades ago. Most of it is straight from my diary. I may have omitted a thing or two, changed a name or two, corrected grammar, added a hyperlink here and there (for context, of course) etc. etc. The general theme of who I was all those years ago are IN TACT. 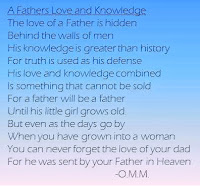 Just chillin'... doin' nothin'. Trying to make this journal readable. Or at least exciting. Well, I was just talkin' to Shane about me missin' my doctors appointment this morning. I guess I was just too lazy to go. Upset about what was told to me last time and afraid of what it would show this time. You know? Well, Shane was kinda disappointed and inside I felt bad. This man cared about what's happening to me. I'm frustrated with myself for not even making and effort to go. But anyway... I'm fixin' to go to San Francisco tomorrow. Gotta get outta Hawaii. Ya know?! Get away from Thomas. Shane drives me crazy. Now I know I'm feeling too much. I can't believe I actually consented to seeing someone who already has a "FRIEND". I think I'm crazy for actually doing that. There's just too many feelings. Too much emotions to deal with. I think about him all the time. I mean, he's seeing that other girl and it's driving me nutzo. I just don't know how to tell him... I don't wanna lose him because he does want his freedom. I don't wanna tell him how I feel and get rejected. Especially now in my life, I really don't need rejection. You know, we started with an agreement that we'd be free from those unnecessary bonds. I mean we'd be free to see who we wanted to. I mean there'd be no problems. But now it's so different. I fell different! But if committment and love come into the picture right now, I think I'd put a strain on it. A strain on our friendship. There's already enough pressures on it anyway. In the very beginning, the both of us wanted to get away from the committment thing. The both of us had Fatal Attractions stalking us. I had Thomas. He had that girl he's still seeing. Things just ain't right. I wish sometimes that I never got involved in an awkward relationship such as this one. Like I said, too much feelings!


END NOTE: A dear friend of mine wrote the poem, A Fathers Love and Knowledge. I wrote the other one in response to the emotions that arise from rape. I viewed myself as fairly innocent prior to being raped. Even though I had been sexually active and drank and cursed like a sailor, I never felt as dirty as I did in the days and weeks following the rape. I look back at all of this and try not to judge the little girl that I was. I cringe at some of the things that my-little-girl self thought was important back then. I can't believe the things that I put up with in the budding relationship between Shane and I. She was, I am, a work in progress.... always!