Amazing - Just the Way You Are

As of late, I am thoroughly obsessed with Bruno Mars.

It could be because he's from Hawai'i. Class of 2003 Roosevelt High School grad. Sure, it could be that.

It could be because all the local news programs are leading with the passing of Bruno Mar's mother this past weekend. Sure, it could be that.


It could be because he's kind of a pretty girl. LOL... entertaining, to say the least.


It could be because he has written hit after hit for different musicians in the Pop and R&B community. Yes, it could definitely be that.

But today, I love Bruno Mars because he writes the most beautiful love songs. The kind of song that truly makes a woman feel special. I know I feel special every time I hear "Nothin' On You". Bruno Mars, birth name Peter Hernandez, co-wrote this song that appears on B.o.B's debut album.

Then there's "Just the Way You Are". This song, hands down, is perfect for girls and women everywhere to memorize and sing whenever they're feeling sad and "less-than-your-best". Last summer at Girls Camp. I woke my cabin every morning by playing this song on repeat for 20 minutes. I didn't go through the cabin screaming at the girls. I just let the song wake the girls. Who wouldn't want to wake up hearing such beautiful lyrics?

Oh, her eyes, her eyes
Make the stars look like they're not shinin'
Her hair, her hair
Falls perfectly without her trying
She's so beautiful
And I tell her everyday

I know, I know
When I compliment her she won't believe me
And it's so, it's so
Sad to think that she don't see what I see
But every time she asks me "Do I look okay?"
I say

Bruno Mars has quite possibly written the most beautiful marriage proposal song EVER! You can go to YouTube and search 'marry you proposal' and see the most creative marriage proposals ever. My favorite is Isaac's Live Lip-Dub.


Thank you Bruno Mars for bringing romance back. In a world where pornography and video girls are the norm rather than a dirty, little secret...... I'm glad to have Bruno's music that makes a woman, at least me, feel like romance is NOT DEAD. 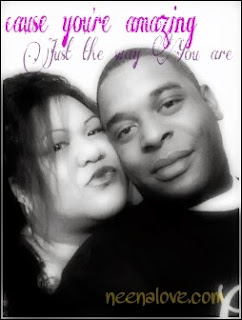 I couldn't agree with you more. I sing "Just the Way You Are" to my daughter all the time.
The wedding proposal you posted made me cry. That was SWEET!