I complain so often about the government and the powers-that-be but I am truly grateful to have been born under the premise of freedom. The other night I was able to welcome my "sister" (she's actually my cousin but we are truly sisters in every sense of the word) back home from Iraq. Though we differ greatly on U.S. policy and the big picture of it all, we are endeared! She spent the last year in Iraq and I was able to send her snail-mail letters throughout her deployment. She didn't have much time to respond except in lengthy emails. I didn't mind at all as I considered it a privilege to be able to support her, long distance. A few days later, we welcomed her husband home. It was an awesome experience. I'm glad we were able to be there. 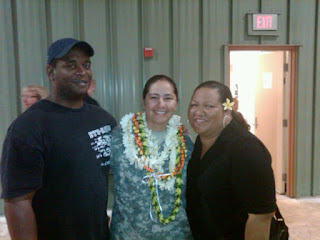 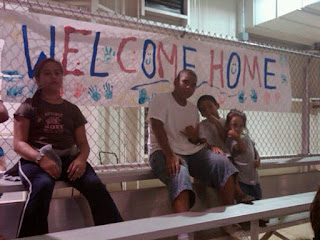 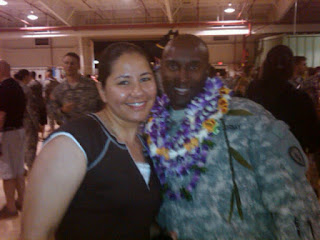 I absolutely love having someone to write real letters to. There's just nothing like pretty Hallmark cards and beautiful stationery. I don't think many people in my generation still appreciate that kind of aesthetic. I remember when Husband served in Iraq, I wrote him every single day. Husband went to Iraq as part of a rear detachment. In other words, the unit he was sent to had already been in Iraq for a couple of months. He said that when he arrived at the unit, he was already overflowing with letters from me. People in his unit that didn't know him were wondering who SGT WILLIAMS was because he had received so many letters. 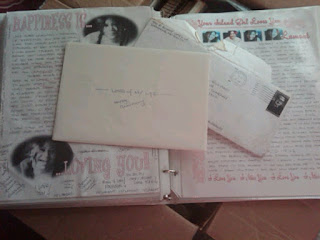 I have an entire binder of my letters to him. In fact, he has a few letters that he didn't open just because there were so many of them. In the fast pace of today's world, there is no cooling off period or waiting time. It's like society has become a hustle and bustle of "i-want-it-now" people. I catch myself being the same way also and I have to remind myself that nothing is ever that urgent. Well, at least the acquisition of "stuff" is not urgent.

I just think that there is so much to be said about correspondence. In one of my favorite movies, Sex and the City: The Movie (Widescreen Edition)

Kerry, played by Sarah Jessica Parker, mentions to Mr. Bigg about all the great love letters written by men. She's wondering what he would say, if he ever wrote a letter to her.

When husband was in Iraq, he sent me the sweetest letters. We had only been married a month when he got shipped out to the big sandbox in the Middle East. The timeline of our relationship goes like this...
April 2003, we meet.
June 2003, he gets orders to be stationed at Fort Riley, Kansas and leaves Hawai'i.
August 2003, we rendezvous in Alabama and "break up" for good.
September 2003, he proposes. I reject.
November 2003, we marry in Illinois.
December 2003, he's off to Iraq.
It's pretty amazing to see the progression of our relationship. Here we are, nearly 7 years into our marriage. The growth that has occurred as a couple and as individuals is astounding. I thank the Heavens for giving us the strength to see it through. 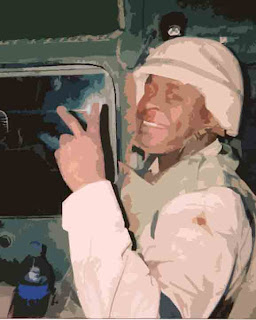 Anyway, as I was saying -- his letters were so sweet. We barely knew each other. The depth of our love now blows away the 'high school crush' status we had when we first got married. I remember when I attended his welcome home ceremony upon his return from Iraq, I was so excited to see him. I remember seeing him walk in. I had the biggest smile on my face and fluttering butterflies in my belly. I still feel like that when I look at my husband... sometimes. LOL 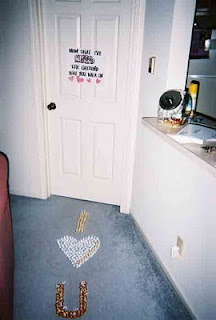 At the house I had spelled out "I <3 You" on the floor with Hershey Kisses and a sign on the door that said... "Now that I've kissed the ground that you walk on...etc. etc." It opened up to our bed all made up and a little basket of "stuff". It was cute. I'm grateful for all that time apart. It was an experience. Reuniting was magical and all the insecurity of being apart for so long had dissipated. 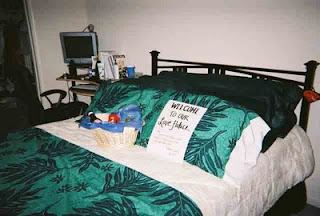 The time apart seemed to have endeared us to each other. He knew that I loved him... loved him enough to write him every single day. Every couple of weeks I'd send him a goody box also. I don't think anyone else wrote him, no one from his family even dropped him a line. Sad. For Valentines I sent him a candy-gram. (I have a picture of it somewhere but I'm too lazy to dig it out.) Husband's superior wanted to meet me because he had never ever seen a candy-gram and was intrigued by my creativity. LOL... this stuff is so common around home base. At the end of the day though, I was just glad to have my husband home, all in one piece.
on August 13, 2010

girl, NOTHING beats a handwritten letter!! my Mom still sends handwritten cards and letters to all her kids. just because. I save them cause they are a part of her. i love sending out random cards to people and always wonder if they get the same reaction I do? you've given me hope :)

i love sending letters in the mail. i remember i used to write aaron AND jared all the time when they were away on their mission and at school. lol. and i LOVE receiving letters. all my friends on the mish that i've written. *sigh* now its all out there in the open on facebook. lol. or via text. and i used to love sending YOU packages...but auwe...no more nothing over here that you would want. lol. miss u coreen!!! can't wait to see you guys in september for naona's baptism. yes...i think i'm gonna make it home for that. btw...when do ur benefits kick in???