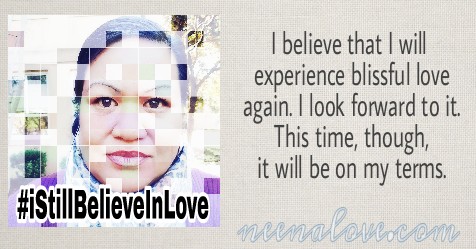 All of my life, especially at the foot of my mother, I have been taught the following about love relationships:

And for all of my life, I believed that. I believed that love relationships progressed from love to marriage between a man and a woman to sex to children. I did not necessarily obey the "sex happens after marriage" part but I certainly believed that those were all excellent guiding principles for living a happy life.We live in an ever changing world whose values are shifting all the time. Marriage is being redefined. Gender roles - redefined. Bathroom entrance - who can use the bathroom and where - redefined. The world is shifting.

TWO FAILED MARRIAGES
Here I am at age 42 and the result of the guiding principles is that I have two failed marriages under my belt. I'm not attributing the "guiding principles" as the reason that I have two failed marriages. I'm just saying that those principles did not really have an effect on the outcome. So here's what I'm thinking I want to do moving forward. I am nixing the whole marriage requirement. I don't think I ever want to be married again. My heart just can't take another round of giving my all only for it to end in divorce. I don't want to do that again. EVER. Of course, that's me talking right now and who knows what's in store for the future. My commitment to my mate DOES NOT need to be "sanctified" by the State. I can commit to him in front of God and vow fidelity and respect all the days of our lives. Why do I need to add the contractual certification from the State?

WILLIAM AND MURON
I am reminded of the scene in the movie Braveheart where William and Muron marry secretly in the cemetery. The priest meets them and they cite their vows to one another and the Church sanctions their union. William chose this route because "the State" at that time was the English under the direction of Edward Longshanks. According to the movie, Longshanks ordered the practice of prima nocta. This allowed the English Lord of the town or village the right to sleep with a new Scottish bride on her wedding night. The desired effect was to breed the Scots out of existence. Heinous and absolutely uncivil but this is why William chose to marry his love in secret.

#iStillBelieveInLove
So then, this logic begs the question -- is my newly defined love relationship just about sex and physical satiation? Companionship, love, are those things no longer important to my new definition of a committed relationship? And if that be the case, am I just a creature of physical lust, animalistic in nature? I don't know what this new approach means. I am not sure how it will even play out. I don't want to appear as a bitter woman because I don't feel like I am. In fact, I am the exact opposite. I love life. Heck, my hashtag for the last year has been #iStillBelieveInLove because I do. I believe that I will experience blissful love again. I look forward to it. This time, though, it will be on my terms.
on November 10, 2017