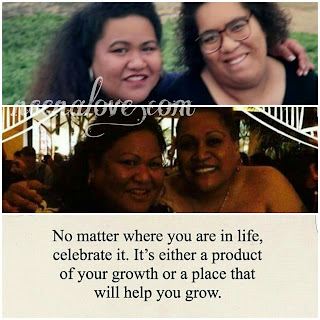 I am excited again as I prepare to fly out on another get-away. I am so grateful for all my friends all over the country that keep me busy and keep me looking forward to new experiences. This is my fourth trip in two months. I recount the other trips in a previous post, Endings Mean Beginnings. These trips have been so much more than just visiting a new place. I have renewed and restored broken friendships and have reignited the fire that was dying inside of me. I can't blame my ex-husband for that. For whatever reason, we were just meant for a season of our lives. I absolutely adore him or at least who he was before he realized he was unhappy with how his life was turning out. We had such good times. I cherish them and will remember them for a long time to come. All of our trips to San Francisco and other exotic destinations. Heck, we live in an exotic locale. But I have made peace in my heart and respect his choice. It is all I can do to deal with the fact that he just doesn't love me anymore. I move forward. One step at a time.

I miss how he was so protective of me when he loved me. Every woman wants to feel protected. When he and I went to that Jeffrey Osborne concert that I blogged about recently, we ended up at Rumours night club to finish off the night. It was back in July. I had been looking forward to that concert for months. Even though things were already strange between my ex and I, I thought the concert would be good for us. There was some African guy that was actin' stupid and my husband went and mushed him in the face. I remember thinking how grateful I was that my husband was strong and unafraid of anyone. I also thought he was incredibly stupid for picking a fight over nonsense. We ended up leaving before we got kicked out.

On another note, while we're at Rumours there was a woman there who kept coming near us and dancing around us. I felt her energy and I looked right at my husband and said, "Do you know her?" He didn't even answer me. 'Til this day, I'm convinced she was one of the reasons I just wasn't enough for him anymore. It could be just my imagination but I have a pretty good sense of intuition and I trust my gut. He will probably never admit to it but I don't need him to. I know who he was before we married and I know he was craving to be that single guy again.

Anyway, Christmas Day will find me on a flight to DFW to visit one of my dearest friends. The last time I visited her in Texas was back in 1995. I was living in Clovis, New Mexico with my boyfriend at the time (he turned out to be my first love slash first husband). Fusi and I have seen each other over the years but the last time we were in Texas together was way back in '95. I am looking forward to doing it up and ringing in 2017 with her, God-willing.

She is the definition of fun... just like my dear and departed Michele. I feel so blessed to have known Michele and to still have Fusi in my life. When I think of really fun times where I laugh and laugh til I can't laugh anymore - it is these two individuals who come to mind. And yet, at the same time, we have had tender moments also where everything wasn't all laughs and giggles. But for the most part, some of the funnest times I've had has been with one of them or both of them. So I look forward to Texas and the new experiences that are on their way.
on December 20, 2016