The Rant About An Abused Woman

This post is going to come off as a man-hating post but I don't know if it's that. I just look around me at the women in my life, cousins, sisters, aunts, and friends. We make hard choices. We do hard things. We rarely operate from a position of power without fear of criticizing lips from the people closest to us or even people not so close to us. We are quick to aid others while our brothers, boyfriends, husbands, and male friends sit back and watch.

**name changed**
Farren lives with her boyfriend whom she met in high school. They have two children together. They have an abusive relationship. On several occasions she has called on me to help her escape her boyfriend. She comes over to our house for a couple of days but eventually she goes back to her abusive boyfriend. I am about to close that "revolving" door. Am I wrong? This last time when I went over to get her or provide some type of support to her, her boyfriend came out and barked at me, "What do you want?" He was very aggressive and when I told him to call Farren, he went back in and started in on her. He doesn't intimidate me at all. Not in the least! However, no person should communicate in that manner and my husband can't wait to bump into him and have a conversation about how he spoke to me that day.

I called the cops because I'm not going to physically fight with a man. Unthinkable. She shouldn't fight him either! What I didn't know is that the cops have been to their home to deal with this same situation on many occasions. The cops also said that the next incident would result in them calling Child Protective Services until Farren and boyfriend can handle their disputes. We took off without her daughters before the cops came to avoid the potential CPS intervention. All day long she went on and on about how he chokes her and spits on her and calls her whore and slut... in front of their children... and all I could think about is her complete and utter ignorance for continuing to stay in the relationship.

She was supposed to file a Temporary Restraining Order against him. She didn't do it.... just as I suspected. I am completely disappointed.

So either she returns to him or she stays here at the house. Either choice is ridiculous... she should go home to her parents... sort ish out, come to the realization that her man is a big baby, and move the "f" on!

I wonder why her man thinks he can behave in an abusive manner. Did his mother teach him to be that way by not stopping her husband from abusing her? Will Farren teach this same cycle to her two girls... that it's okay to remain with a man that disrespects and abuses her. **SMH**

Women are called on to make tough choices. We take care of our parents when our male peers(brothers) fade into the background. We worry about our siblings, sons and daughters, and nieces and nephews and bend over backward to push them to dream, to push them toward living honest lives. All of this we do because we are women, because we are hardwired to do the toughest things.

Guys kind of... CHECK OUT. If he's (whoever HE is) feeling down, the whole world must spin around his affliction. Farren seems to think that her man has a hard time not being able to keep a job because all the employers cut him out of future work. I wonder if Farren thinks about what she says before she says it. That is the lamest excuse I have heard in years. He was supposed to join the military but boyfriend said he was discouraged because the recruiter wasn't following up with him. Boyfriend had also heard that Obama was scaling back on military funding. Hmmm... he made a decision for his personal life based on a CNN headline. LAME, LAME, LAME! 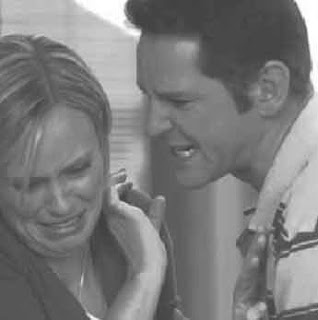