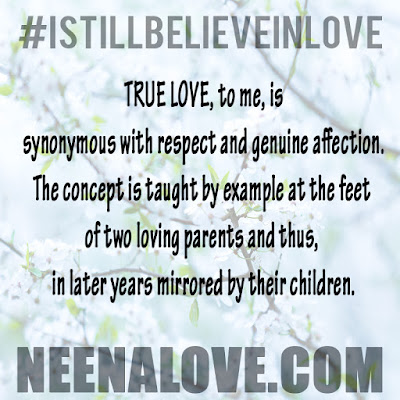 Every woman wants true love. Yet the question remains, what is true love? If I asked a million different people, I'd get a million different answers. I know what love looks like for me and it changes quite often. However, there are a few constants that will always mean TRUE LOVE for me. What is to be said about women, and men as well, whose ideas on love are skewed?

I think of a specific woman in my life. Let's call her Sarah. Sarah is a brilliant girl, really. Very intelligent! I don't think she has fully defined what TRUE LOVE means for her and I have come to realize that the definition of TRUE LOVE is what's crucial. I've watched her battle with her parents over the state of her life and the relationship she has with the father of her children. Her parents don't approve of the man/boy that fathered the children and yet she just bore child number three with him. Rather than continue to tear apart this beautiful young woman, I wish her parents would support her decision to be with this man. **heavy sigh** Maybe even assist him in trying to walk the right path. **shrugs**

The couple are still unwed and have no future plans of doing so. Not that marriage is the answer to solve this obviously broken family but it at least brings the family unit together -- as a tool to battle the weakening moral values of the world. Yet in this particular situation, marriage might not be the greatest thing either.

Sarah called me today to watch her three children for her. Three children under the age of three. She had to run to the jail to put money on the books for her "babys daddy". Yeah -- marriage is not really an option for her with this man right now. Apparently, the mother of that mans first child filed a child support claim against him so he was taken into custody and will be forced to participate in a work-release program. I can't even begin to wrap my mind around the different issues in this relationship. What's even more disheartening is that she's not the only woman I know that is involved in such a twisted tryst.

While I've been here in the south, I have met some neat people; people that I will probably maintain a friendship with even after I leave this place. Being exposed to so many different people has been a real eye-opener. I feel super grateful for the type of upbringing that has been afforded me. Seeing so many broken families around me and so many distorted views of TRUE LOVE has reinforced the values that my parents raised me to follow.

A different young woman that I've come into contact with is college-educated and made it through one year of law school before she decided that she'd rather pursue an MBA degree. Let's call her Asia. Asia is single, has no children, and is currently in the market for a job. She is an intelligent young woman also. As we sat at The Cheesecake Factory discussing different topics, Asia proceeded to lecture all of us there on why the odds are stacked against her in terms of love and marriage. She broke it down in a very calculated way that her selection in men is very limited. Her sad perception of love and marriage stems from how her mother raised her. Asia detailed how her mother, a single woman, did it all by herself. "Nobody can tell her anything cause she did it all by herself. I feel the same way. I can do it all alone as well."

Does being a single mother empower a woman? I think of both of my grandmother's. Both were widowed at a young age. My moms mother was widowed with 15 kids to raise on her own. I've mentioned it before, I know! My fathers mother was widowed with 7 children to raise. I would bet my life on it that if I asked them if they wanted to do it alone, they'd both say no. So why does a woman choose to go at it alone in this day and age? Having a spouse to share the world with doesn't make me less of a woman. Yet Asia would have me believe that being slightly submissive to a man compromises me as a woman. 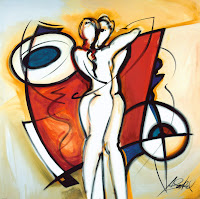 The gender lines are blurred. The definition of the family is totally distorted and TRUE LOVE has gone the way of the earth. Elusive. Like the mythical holy grail to be sought after by many but never discovered. TRUE LOVE, to me, is synonymous with respect and genuine affection. The concept is taught by example at the feet of two loving parents and thus, in later years mirrored by their children. I'm glad to have learned TRUE LOVE at the feet of my parents; observing their sincere adoration of each other. I know what "that look" looks like and I recognized it in my spouse.

After all these years, my parents are still together and more in love than they were when they were just starting out. Love like that comes with constant attention through extensive periods of time. It comes after years of putting in the work and not walking out when that would have been the easier thing to do. I'm glad I know TRUE LOVE.

I think you have a point there. There are so many ways to define love. Pure love to me is the love of Christ.

When you wrote, "It comes. . .after putting in the work and not walking out when that would have been the easier thing to do." I can't help think about our Savior's mission. That's true love!