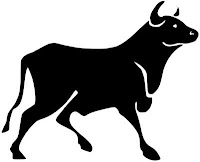 The following passage is an excerpt from the research paper I wrote that I referenced to in the last post. I was very shocked by the amount of power the Catholic Church/ Pope wielded in the centuries following the death of Christ. I surmise that that power extends into the present day. It could possibly be a great thesis to explore.

To give a background, the title of my paper was Solving the "Indian Problem": The Institutional Genocide of Native Americans. Perhaps I should post the entire paper. I just might do that!

Several instances in history illustrate how religion was used to control the population. The Islamic conquest of India comes to mind. Its precepts so divided the people of India, who were predominantly Hindu, that they were unable to unite against the Muslim regime. The Muslim ruler instituted a heavy tax for citizens that did not convert to the Islamic faith and thus used it as a tool to both control and generate revenue.[1] In either circumstance, it benefited the “institution” rather than the citizen.

In similar fashion, the European colonists to America sought to convert and civilize the indigenous population using the Christian religion. Prior to Columbus voyage across the Atlantic, Pope Nicholas V issued a papal bull, “declaring war against all non-Christians throughout the world, and specifically sanctioning and promoting the conquest, colonization, and exploitation of non-Christian nations and their territories”.[2] In effect, this edict became the basis for U.S. Supreme Court opinions in regards to the “discovery” and conquest by European Christian nations of America and its heathen (non-Christian) inhabitants. In other words, the Native American’s became occupants of America rather than sovereign nations, based on religious affiliation. [3]

One of the early British colonies in the new world sought to divide themselves “for license to make habitation, and plantation, and to deduce a colony into Virginia, and other parts in America …not actually possessed by any Christian Prince or People…” In response, the King dispatched to his subjects in Virginia:


The King, greatly commending and graciously accepting of their desires to the furtherance of so noble a work, which may, by the Providence of Almighty God, hereafter tend to the Glory of His Divine Majesty, in propagating of Christian Religion to such people, as yet live in darkness, and miserable ignorance of the true knowledge and worship of God, and may in time bring the Infidels and Savages living in those parts, to human civility and to a settled and quiet Government… [4]

It is this psychology that the colonists brought with them from Europe to justify their eventual takeover of the America’s. The British had adopted, under direction from “heaven” (papal bull), the need to Christianize the world. This directly contributes to the intended genocide of the Native American as well as other non-Christians throughout the world in the sixteenth century.

When I was a young child and on up until adulthood, my father and I discussed the political influence of the Catholic church. He told me that The Vatican, in Rome, is considered a country. The Pope and any emissary travelling to the United States on behalf of The Vatican are treated as political leaders, complete with Federal detail sent from The White House.

What would prompt such attention from a government? Do other religious leaders garner this type of concern or is the political influence of the Catholic church that powerful?