What Not to Wear Therapy 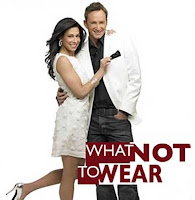 This past Saturday TLC was running a What Not to Wear marathon. I DVR'd all the episodes that I didn't previously see and reviewed them later on in the evening. The premise of the show is to take a person that is fashion-challenged and make them over - new $5,000 wardrobe, hair, and makeup. I adore the hosts of the show Stacy & Clinton. Stacy reminds me of my cousin Honey Girl so she already has major brownie points with me. I remember when I lived in Kansas, I used to tune in to see Stacy because she looked like Honey Girl and I felt like I was back home again. That is the reason I became a fan of the show. Crazy but true. Clinton -- he's so fashion-savvy and soooo the guy next door. He reminds me of the character on My Best Friends Wedding, George, played by Rupert Everett. I wonder if Clinton is gay. He teeters on that fine line between being a "straight" male that has slightly fem attitude and a "straight" gay guy. Dare I google him?

Anyway, what amazes me about the whole process is how the person being made over sometimes experiences a "shift". Sometimes --no-- majority of the time, the person begins to change how they think just by overhauling the cosmetic parts of them (fashion, hair, and makeup). I wonder if this is why plastic surgery and bariatric surgery has become so trendy.

There was a moment in a particular episode that had me thinking about my own life. A Caucasian woman, age 52 from Texas donned one of her favorite outfits. Stacy and Clinton direct her to the 360 room (the room is round and the wall is all mirrors) where she talks about where she'd wear the outfit and all the reasons she loves it. She discloses that the outfit was purchased sometime in the early 80's. She absolutely adored the skirt set but any observer could see that it was not working for her. When Stacy and Clinton open the room to talk about the outfit, the first thing Clinton asks is, "What was going on in your life when you purchased this outfit?" The woman said that the early 80's was when she was the most happy she had ever been. Clinton told her that her emotional attachment to the outfit has more to do with what was going on in her life when she first began wearing the outfit and was doing nothing for her body.

In that moment, when Clinton lays out such a 'revealing revalation', I instantly think of my favorite shirt that I refuse to get rid of. I have never been able to figure out why it remains hanging in my closet. I just know that I take it with me everywhere. Normally, if I haven't worn an item in 6 months, it goes straight to the donation pile. This favorite shirt will probably never make it there unless a fashion intervention by Stacy and Clinton ambushes me. 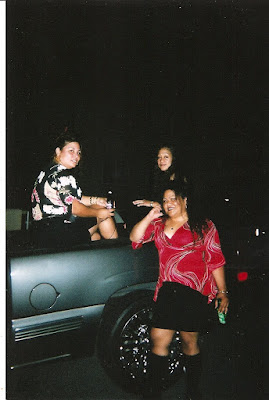 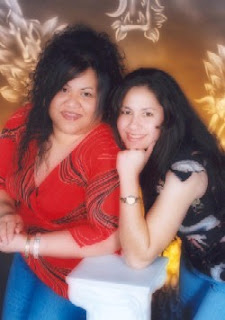 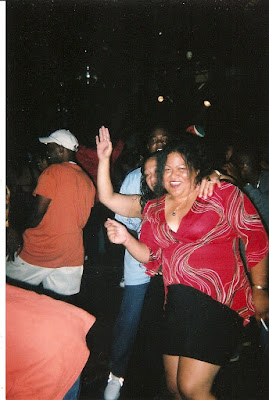 Clinton mentioning the sentimental value reminded me of the extreme "shift" that was happening with me when I used to wear this particular shirt. The shirt was actually something I raided from a dear friend's closet. I thought it looked better on me than it did on her. She agreed and off it went with me to my house. This was happening when I was newly single, immediately after signing divorce papers. I felt pretty in that shirt and red happens to be one of my most favorite colors! So after signing divorce papers, I really began to fall in love with me. Hindsight being 20/20, I look back at that period in my life and recognize the "shift" in my mindset. I'm thinking that maybe the shirt reminds me of that "shift".

I emerged from that divorce a brand-new-me. Though I was miserably sad, I was also hopeful. I knew that I would never settle for mediocre treatment for the sake of saying, "I got a man". I would never settle for a relationship void of enduring love ever again. I would never, ever let someone walk all over my heart or shatter it in a thousand pieces. I valued me! I do believe all of 'that' is wrapped up in that one article of clothing.

Now I'm starting to think of why I'm hanging on to certain clothing myself.

I have to say that you do look hot in red!

hi neena,
love your blog.
i don't know, i mean i understand clinton's point of view and for the most part, i agree. but i do think that there are some items that symbolize certain shifts, milestones, and even accomplishments in our lives that are worth keeping for the sake of never forgetting. which i think is different than "holding on" to the past to avoid the present. and which maybe is a good reason to hang on to that (still very cute) top! girl, you've been through a lot and that top was part of getting you through! i mean really, is it so wrong that i keep the pair of boots that i wore all the time when i was dating my husband?? :). and girl, they were cute 8 years ago but they be THE UGLIEST steve madden's you've ever seen now! haha! here's to keeping the positive symbols in our life and throwing away everything else!