Several days ago, a professor came to my office. I'm not quite sure what the visit was for; maybe just to chit chat, shoot the breeze, whatever. He didn't have a specific request for me nor my boss. The professor is a sculptor. He teaches in the Fine Arts department.

He began the conversation talking about Rome, Italy. Last month he went to St. Peters Basilica and was amazed at the long line of people waiting to touch the foot of a bronze statue of St. Peter. He stated that there was a placque on the figure that said that it had the power to heal any of your ailments. This professor is a very accomplished sculptor around these parts and admired the bronze figure but could not figure out the faith of the people. I was utterly engulfed in his account of his visit to the Vatican and how he was not particularly fond of Rome. He preferred Venice or Florence over Rome.

The conversation shifted, moved and changed as really good conversations do. He began to speak about the different types of chiefs and kings in Tonga. He shared that the speaking chief for a specific Tongan king in his genealogy, similar in occupation to the press secretary for the U.S. President, was of Samoan descent. This speaking chief was loved by the Tongan king because of his loyalty and his knowledge in farming and caring for the livestock. I found it quite interesting to hear stories about Tongan family history mingling with my own ancestral lines. 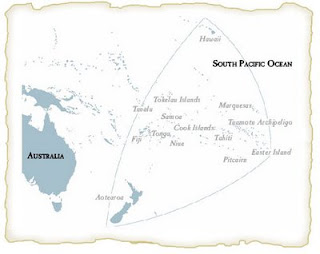 I have become a serious ancestral buff in recent years. I have an intense desire to dig deeper into my past. My mother is chock-full of stories about her life in Samoa. You would never guess that she came from a place without indoor plumbing, running water and other modern conveniences like a washer and dryer. Til this day, my mother insists on line-drying her clothes. In comparison to my mothers humble upbringing, I am fortunate to be here in this space, at this time with all the modern conveniences I can afford.

The greatest thing that has come from my mother, what she has passed on to me, is a sure identity of who I am. My mother and father have given me a solid foundation to build my life upon and I am truly grateful. The other day, I was watching Judge Mathis and there was a woman on there, Shelley Williams. She was obviously African American. She spoke with some sort of impediment and a strange accent. She was very condescending when speaking of black women. She said 80% of her relations with black women have been negative and she can't stand them.

The Judge went on to break it down for her and explain old slave mentality in regards to color and her desire to be lily white. He told her that her desire to not be Black shows how little respect she has for herself. The episode was an eye-opener for me! She pointed out to Judge Mathis that she was getting her skin lightened. I shook my head in disbelief. How could that woman NOT love her pigmented skin?

I thought on all these things. On the statue at St. Peter's Basilica and the faith of the people. I thought about ancestral lines and my mother. At the end of the day, seeing that episode of Judge Mathis further made me realize how blessed I am to have a strong, rich heritage inherited from my parents and extended family. The gratitude for such was realized in the string of events of that day. From the conversation with the professor to the Judge Mathis episode, it all pointed to the strong heritage I have been gifted!

great thoughts here! I love thinking about my heritage and lineage!

i love it. that is a lot to think about. i myself have been reflecting on my role as a Hawaiian. Sadly, I admit that I was a Shelley Williams. Not appreciating or respecting my Hawaiian ancestry as much as I should. Even my Samoan background. But now my eyes are open wide, and I look forward to playing a more active role. Thanks for sharing Coreen!