I was over at Danja's Blog. And it seems like LOVE IS IN THE AIR. I love it! We all deserve a piece of happiness... some, more than others. Anyway, she had in her daily deliberation part of the lyrics from the Outkast song, Prototype. Prior to reading her blog, I had seen the video and began thinking about ALL the relationships that I've had.

Who is my prototype? What man had EVERYTHING? The truth is... the honest answer is... that NO MAN had or has EVERYTHING. So let's take a look at my relationship past and see what qualities are worthy of being added to MY prototype male.

High School Sweetie: M.O.
He wasn't like my high school sweetheart, really. Basically, he was a really good friend that I happened to be attracted to and could maybe... kiss. LOL... yeah... he was special probably cuz things were so innocent between he and I. So what did I love about him? His prototype quality... just selecting one... OBEDIENCE! He was so obedient to his parents. Serious!!! I admired that MOST because that was something that I really WAS NOT. If my parents said, "Don't Touch!"... I'd be the first to touch it. High School Sweetie... was the exact opposite. So why do I admire obedience? Well.... because I'd like to learn to be more like that. Though I love to blaze my own trails, I could stand a little more obedience.

G. Shanks
**big smile** This man was like my EXTREME physical opposite but our interests were so similar. The man had to be like 5'4"... I'm 5'5". He was all of 140lbs... at the time I was 180lbs. He was dark as night... I'm a bit yella. Physically, we were just the ODD couple. But we made BEAUTIFUL music together. He was a musician from Florida. He loved the whole band scene -- think Drumline. We'd be at my folks' home, sitting at their piano... and sang and PLAY. His prototype quality... HOW WE CONNECTED THROUGH MUSIC. That has to be a quality in the perfect man. Definitely a prototype quality!! 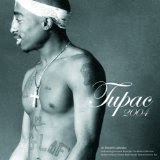 The mid-west brutha outta Chicago. He was like... sunshine on a cloudy day. He was beautiful. Reminded me of the late Tupac Shakur. His prototype quality.... WE DREAMED TOGETHER! Dreaming together is so important to me. He was hopeful, excited, unafraid of life ahead. It's rare to find someone that has the same kind of belief in the good things....even though we had both experienced much disappointment and hurt. We dreamed insatiably. We were also exhibitionists... the rush of being intimate in a public setting was soooooooooo EXCITING!! (lol... had to throw that in there.) I still only have good memories of him. Our quick relationship is something I will take with me well on into old age. He is the inspiration behind a poem I wrote entitled "Butterflies in my Belly". Maybe one day I will share it on here.

S. Dunn
He is The Man With The Red Turtleneck Sweater. I think I outlined him pretty well in that post. His prototype quality... HE WASN'T AFRAID TO FOLLOW WHERE HIS HEART LED HIM. Honestly, I knew when we first spoke and he was trying to lay down the law (you have to read the other post to get what I'm saying...) that he was doing it to protect his heart. I knew he was a sweetheart. I knew he wanted to be in love EVEN though he tried to keep me at a distance. **smiling**

MaS
My Que! He became "main man" towards the ending of my Thomas Series. He was much more than that. Some of his significance is included in this post. Anyway... if you don't want to go thru reading all of that... just know that he was special and saw me through some VERY hard times in my life. He has also been my BIGGEST heartache. His prototype quality... HIS MIND, HIS INTELLIGENCE. He was a voracious reader... like myself. He was the first man that I had ever met who loved to read as much as I did and that I happened to be attracted to. It was either... OR... never one in the same. Our conversations... whew... I tell you... we could solve world issues within a two-hour drive. We could heal the world with all our thoughts on humanity. He was a progressive thinker.

So the current run-down on the "prototype" man, according to ME...
1. OBEDIENT
2. WE CONNECT THROUGH MUSIC
3. WE DREAM TOGETHER
4. HE IS NOT AFRAID TO FOLLOW WHERE HIS HEART LEADS
5. INTELLIGENT

So say something in the comment section... or better yet... let's see some blogs outlining past relationships that showed inklings of a prototype. Let's see it. **wink and a smile** I understand if yall current relationships WOULD NOT, COULD NOT allow you to write about exes... but I hope they don't mind.

I disqualified my husband from this little exercise.... cuz really... HE IS "THE ONE". He is the fruition of all these things. He is the tangible evidence that a "prototype" exists. But above all, he holds my heart and I love him DEARLY.
on June 07, 2005

Girl, I had a prototype! WHOO!! I loved me some HIM ... beautiful, intelligent, smart, witty, good kisser, spiritual, sexy, social ... just an all around GOOD person. We had our spats and drama ... but he's still a good man! Things didn't work out between us but that doesn't mean he wasn't a 'prototype'. He certainly was a special part of my life.

Oh, Neena, how fun this will be. I will pro'ly try to post on the old blog-a-boo for it. Be patient. My mind is filled with so many thoughts at the moment. I want my head to be clear when I try to clearly define my "prototype," seeing that I can't use the 'til-death-do-us-part-guy.

Great post. One of my other blog buddies did something like this and it was so cool. She pulled a pic from the web of every man that was to be built in her "prototype." She had some "heavy-hitters" in the line up.

My prototype.. hmmm lets see.. spiritual, confident, sexual, intelligent, loving, dependable, a hustler, someone who will have my back.. Those are pieces of the guys I have called my boyfriends and those are the qualities they had to make me want them, appreciate them, love them.
dds

that's a great post - one on which i'll have to think long on hard about what my prototype would be/include.

@systa soul... reminiscing, huh? gets us EVERY time.

@proactiff... funny... originally, i "outed" you on the blog and said i wanted to read yours... but then i changed it... LOL

@purfiktgurl... i'll be waiting to read yours.

I have found that there things I want in a man that I simply didn't know I wanted before. Things I didn't WANT before.....before He revealed those things to me. So, Ima keep letting Him handle alla that.