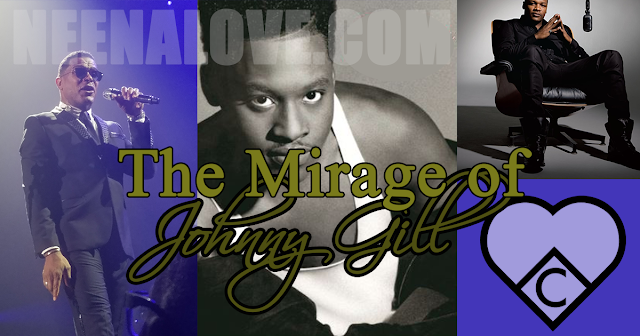 When I was a teenager, I remember one summer being so obsessed with Johnny Gill. My, My, My has always been one of my most favorite songs. Til this day, it is the reason why I love red dresses. I live in fantasy land sometimes and imagine my man (whoever he is) singing that song to me and admiring me in my red dress. I want to say it was the summer between freshmen and sophomore year. It was an extremely hot and humid day and I go with my family to the airport to pick up my older brother. These were the days when you could go all the way to the gate even if you weren't traveling. I am sitting near the gate where my brother is arriving at. It was just me. The rest of the family was in the air conditioned area. I'm sitting looking out across the lobby and see a gentleman dressed in a white linen outfit, a box cut fade, beautiful chocolate skin, round-rimmed sun glasses, a cotton tank top beneath the white linen, and a captivating smile. I look a little closer and I swear it's Johnny Gill. Me, not wanting to look like a groupie, I did not go up to him immediately. We smile at each other. I wave and he waves back. I feel like my heart is about to beat out of my chest and I rise to close the gap between us. In an instant, the distance between us is filled with swarms of people disembarking from the plane and I lose sight of him. Nobody will believe that I just saw Johnny Gill. Who can I tell this story to? I didn't even confirm if it was him and now he was lost in the sea of people. 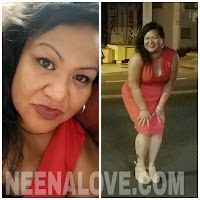 The days following my "airport encounter" with, who I think is, Johnny Gill just drag on. I am swept up in fantasy land that Johnny Gill and I made a connection across that lobby. I mean he smiled at me across that airport lobby. He waved back at me too. It had to be day four after the airport encounter. It is the middle of the day and I am driving my grandmother to the bank. I come from a little country town where everybody knows everybody. If you are not from the area, you stick out like a sore thumb. I drive past one of the streets in my town. At the entrance of the street is a bus stop for the City Bus line and there, standing at the bus stop is Johnny Gill from the airport. I double-take and I swear it's him. My grandmother is talking and asking me why I'm slowing down. I look back at the bus stop and I am not imagining things, he is really standing there. It's another half mile before I have an opportunity to turn around. As I make the turn-around, a bus passes by. I try everything to beat the bus to Johnny Gill's stop but I don't make it. I see him boarding the bus. By this time, my grandmother is scolding me for making the detour and I am just silent, wanting to believe that Johnny Gill was just here in my little town AND riding the City Bus.

I want to chase the bus down and follow it until he gets off but how does that work? When he gets off the bus, what happens next? What if it's not Johnny Gill but my imagination? I can't make sense of it. I sit on thoughts of him as I continue on with my original task of driving my grandmother to the bank. The high of seeing Johnny Gill from the airport here in my neighborhood, so close, and the low of watching him get on the bus without me verifying that it was him makes me want to scream.

I day dream about he and I walking on the beach, holding hands, and talking. It's just the two of us on the beach. No one around. In my daydream, we are the stars of the Kool and the Gang music video, Cherish. The cool breeze, birds chirping and flying above, and the sound of the ocean set the scene. I gush about how his voice is so magical and velvety. I tell him that I always imagined that I was Stacy Lattisaw singing Perfect Combination with him. He smiles at me, kisses my hand, and hugs me. He tells me that he thinks we have a connection but that he has to go back on the road. He has obligations to his fans. I tell him that I'll wait for him to come back for me. He caresses my face and stares into my eyes. I feel like I am going to jump out of my skin with excitement. Our faces are so close together we can feel the warmth of each others breath. He slowly moves even closer. I close my eyes waiting for my first kiss and it's with Johnny Gill! Fade to Black... the daydream ends.

The new obsession is with Jaheim. I will attend a concert of his as soon as I find one here on the East Coast. I put myself on Ticketmaster's alert list for any performance by Jaheim. I read some reviews while I was on Ticketmaster and apparently he is not that good of a performer. Maybe he was having an off night. The reviewer said that he sounds amazing but he just doesn't put on a "show." I can understand what the reviewer is saying. Some people really are just singers and not performers. Yet and still, I want to see him and hear him live.

His voice is so masculine and raspy and edgy. I just love it. Prior to this newfound obsession with Jaheim, my bucket-list-have-to-see-performer was Maxwell. I took care of that in November 2016. That was the BEST date ever! Hands down -- the BEST date of my life. Sad that I was 41 at the time and that was my best date. Maybe we, as women, have to expect more from the men that want to court us. **sigh** Before that evening, I always referred to my Junior Prom date as the best date I ever had. He was on time, handsome in his tuxedo, bought me the nicest flowers and corsage, and he was the PERFECT gentleman the entire evening! Fast forward 25 years and I am front and center at a Maxwell concert in Baltimore, Maryland. The timing of seeing Maxwell was so perfect. If I never see that man, who was my date that night, ever again I want him to know how special that was for me. He made me come alive again. And maybe we both came alive through all our get-aways and maybe we're better people for the ones we are partnered with now.

I never did find out if that was Johnny Gill at the airport. The guy at the bus stop was NOT him. He was a cousin of someone that lived on that street. I met him a couple days after the incident. He did resemble Johnny Gill with the box fade and the beautiful skin tone. I think he knew that he looked like him and was milking it because he even dressed like Johnny Gill. I had a good laugh about it. But I will never know if that was Johnny at the airport and I'm okay with that because I will hold on to my Cherish Day Dream for all my days and have a good laugh about it from time to time.
on May 04, 2018