Revisiting My Journal from 2003 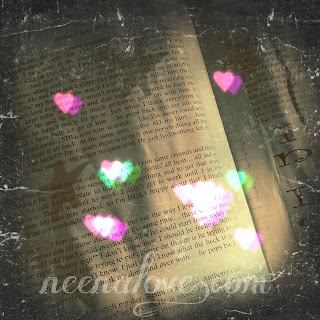 I did a dumb thing this morning.

Back in 2003, my ex-ex husband Dallas (not his real name) asked for a divorce. Just five days later I met my current soon-to-be ex husband, Reggie (not his real name). As I read my journal, I noticed the emotion on the paper and how it was so raw and untethered. Reading those pages, I re-experienced falling so madly in love. Reggie brought me back to life after being broken down and now, ironically, he is the source of my heartache. Oh how I wish we could have stayed in that bubble of falling in love. It was full of magic and bliss.

How was I able to fall in love with Reggie while mourning the loss of my marriage to Dallas?

I suppose my love affair with Reggie happened so quickly because I was starving for affection. I had spent nine years of my life trying to make shit work with Dallas. I was so loyal. So down for him. When he asked for the divorce, I had no choice but to take care of my heart and let someone else in. The evening we signed the divorce document was the last time I seen and spoke to Dallas. It was such a heartbreaking moment that I will never forget. But it gave me my freedom. I was no longer tied down to Dallas. I could do whatever I wanted without recourse.


The craziest thing happened yesterday. Dallas called me at about 7am. I was laying in Reggie's bed and my phone rings. I look over and see the familiar number. I was flabbergasted. On Thursday I was telling BooBoo how much I missed Dallas and I how I wished I could have it all back. Then Friday rolls around and he calls. We talked for about an hour and some change. Me and him just crying like babies. Me layed up in another mans bed telling my ex-husband how much I love him. I was telling him that I have so much love to give and he was not trying to be on the receiving end. He kept telling me sorry and that he never wanted to hurt me. **heavy sigh** He said he has so much problems going on with him. So many things he hasn't really let go of. Just when I think everything is done, and I have fully let go of him, he pops back into my life and blows my mind away. I STILL love him so much like I've never loved any man. And I want it all back. At the same time - after all the hurt - how can I take him back?

You know I love me some Reggie but not the way I love Dallas. I don't think anyone can fill those shoes but at the same time there was so much hurt. And I told him I could overlook it all if he could start from today and do me right. **heavy sigh** I don't know how I should be feeling. Why is he doing this to me? Is he trying to put closure on this or is he trying to get back in my world? I don't know.  I just don't know what the heck is going on. I mean, just when I think it's done and over with he pops back in. And for what????

Dallas calls me at work and we go into greater detail about our relationship. He proceeds to tell me EVERYTHING I needed to hear when we were married. Like how I'm the best thing that ever happened to him. And how I am such a good wife and that most women wouldn't stick by through half of the mess we been through. I cried and cried and cried. He cried. We talked for hours. He told me he didn't wanna die alone or grow old alone. How is it possible for me to love a man that has nothing left to give? Why do I feel it necessary to love men that need healing? I'll never understand. I love me some Dallas. I wanted to spend the rest of eternity with him.