TwentyEight30 is a blog I frequent often. Recently, the author posed the question, "What Would You Do".


What would you do if being with the person you loved, meant relocating and perhaps starting your career over?


My husband and I met through mutual friends. Our friends instigated the match-up between us even though I was very married, though separated from my ex-husband. Our friends gave him my phone number. He called. We talked. We disagreed on several things, hung up on each other and didn't speak again. A year passes, never having actually met in person or speaking on the phone after our disagreement. He calls out of the blue. I had just been dumped by my ex, five days before he called. The next day we met up. The full story can be found in a PREVIOUS POST. 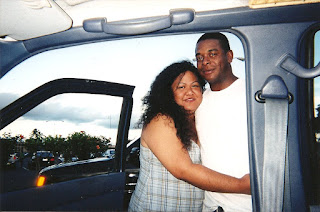 To get to the point, we had known each other a couple days and knew it was love. He will never admit to it happening so quickly but it's obvious that he was feeling it or we would have never married as soon as we did.

I was smitten from the second I laid eyes on him. My career was in full-swing. I had received two promotions within the year. I was making great money. I was definitely on top of my game when I met my husband and had my eyes on aggressively pursuing a management position.

The Universe, God has his own way of introducing exactly what I need in my life. And for God to give me what I needed, I had to make room for it. Thus, the divorce from my ex was making room so that the love of my life could enter my world. Everything played out as if on que.


Our story gets interesting and starts to be relevant to the original topic of relocating for love here. After two months of being together every day, it was time for him to ship off to Fort Riley, Kansas. The U.S. Army was moving him out of Hawai'i and away from me. Like I said earlier, I was at the top of my game in my time share career with the Hilton! How could a love so right be so short-lived?

We met in April 03. He left in June 03. I visited him in Alabama in July 03 and we parted ways for good or so we thought. I was a wreck. So confused and yet clear on my desire to be loved. When we parted ways in Alabama, I didn't speak to him until he called me in September. I was still livid at how we broke up. He wanted to marry me. We joke that the ink wasn't dry on my divorce from my ex and I was getting married again. I kept refusing to marry him just because, logically, it just didn't make sense. Altogether, we had known each other for just 7 months and were physically together for 2 when we eloped.

The bottom line is, I picked up in the middle of a high-powered career to follow him. We married in November 2003 and are still happily married today. I don't regret leaving everything I had because my husband has proven to be the perfect MAN for me. He and I fit so well. We fit in each others family so well also. I mean we REALLY fit. And really, all that was required was a little courage on my part. Never risking it all for love is not living at all. At least thats how I think. If this story went in the opposite direction, I would probably still be working at the Hilton, unlucky in love. Bitter, even. I'm glad I didn't choose that route! I'm glad I put it all on the line because real love is so worth it! 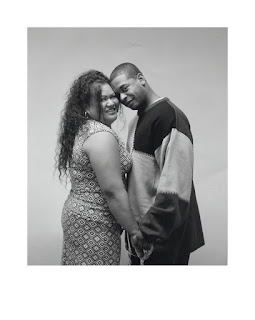 im glad u didn't either cause we all LOVE anthony! especially now that i have him in majority of my classes, i can bum answers from him. hahahaha....j/k.

ooh I so love your love story and you and your husband look absolutely perfect with eachother. What a blessing that you were able to recognize it and actually manifest the love that was destined for you.

this gives me hope. my love will be right on time and like my friend Celia used to tell me, it's much easier to figure out where to live than it is to find the love of your life.

Yay for Anthony...and you of course.
We love you both and yes, you two do fit perfectly!

what a beautiful LOVE story, even the previous post about how your first encounter couldn't keep me at bay, I LOVE YOUR WRITING! anyway you don't know me, but I'm one of your classmates (LEUTE's) little sister. I hope you don't mind I follow your blog, I can't wait to hear how the book writing is coming along!