Since I stepped off the plane in this beautiful Southern city of Huntsville, Alabama, all I've been doing is EATING! I am so full! I been eating too much, fa real! I think I'll return to Hawai'i about 'fitty' pounds heavier! Other than eating, I also been doing a whole lotta family history. I knew I would be. On Monday, my husband found an old trunk that belonged to his grandfather. For those not familiar with the hobby of genealogy, an old trunk is a gold mine of information. 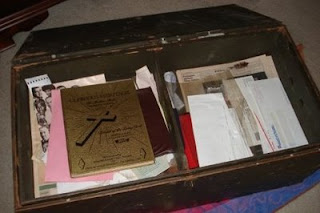 Whew... the trunk was full of old pictures and all sorts of legal paperwork. I was able to plug in all kind of information into my family tree. There were death certificates and birth certificates and military records, and tons of photo's and names. It was pretty amazing! Also, with the help of Ancestry.com, I was able to correspond the names I found with the United States Federal Census. It has been an AMAZING experience! 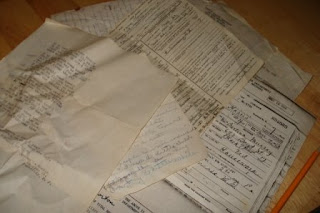 Prior to the 1880 United States Federal Census, it gets really tough to dig up information if your ancestral lines lead back to the U.S. slave trade. There are a number of reasons why that is:

1. Slaves were counted as possessions, like cattle, and were not enumerated as people. They were property, counted as assets for slave holders! What this means for genealogy researches like myself is that the slaves will not be "named" in the U.S. Census.

3. Effectively "colonizing" Slaves meant they had to take on "Christian" names as ordered by the slave holder. This was to turn the slave from a heathen into a Christian. What this means for genealogy researchers is that we will have a tough time making the link to Africa.

4. Strong and burly men and women were breeded to produce strong and burly children then sold at top dollar to other slave holders to be able to breed them. This meant that the strongest slaves were sent from slave owner to slave owner to make babies. Do you see the similarities today? That's a whole 'nother blog that I'd have to visit sometime in the future. What this means for the genealogy researcher is that we may never know if the names we find are the actual biological parent. **sigh**

Well, thats what I've been doing with my extra time. I love it. I love making the connection to the past. It's pretty amazing what I've been able to find and then be able to share with my inlaws. They are thoroughly excited as well.
on December 24, 2008

Hope your new year is off to a great start! Wish you the best for 2009!

Wow! Finding your grandfather's trunk full of papers. I wish I could find more information about my family, but I did get a chance to speak with my GreatGrandmother before she died at 103. She couldn't give any names and dates, but was full of stories about riding on her father's buckboard with her legs swinging. (lol)

Have you heard of genetic tests which isolate the different ethnicities in your blood? I'm going to be doing that probably this year, though my husband chuckles about it. Just watch. He'll be RUNNING to get his done! (LMBAO)

Happy New Year to you and yours!

Jackpot! I wish I could find something like that to help me in my quest on recovering family history files. Anyway, we missed you on New Years but kept you in mind while blowing up Hau'ula and contemplated lighting the christmas tree on fire!