I married my first husband January 4th, 1997. For Pacific Island girls in my era, marriage was the only way out of the house. So I was excited to make my way in the world with my first love. A month before the wedding, with the excitement of becoming a new bride and all the butterflies I felt surrounding the love adventure I was about to embark on, I was feeling the Christmas spirit.

My little sisters down the road came over and we started talking about "Ding Dong Ditch," although I think we called it something else. We would make all sorts of homemade baked goods and give it to families in the neighborhood that had large families to feed. We would place the goodies on their porch, knock on the door or ring their bell, then run. We were very much feeling the spirit of giving, the spirit of Christmas. We made our list of the baked goods we would make and decided on homemade cookies, rice crispie treats, and cupcakes. We sourced our ingredients and started baking.

The TV was playing a Christmas special with beautiful music and we were having a good time. Laughing. Baking. Eating. Singing. The lights from our Christmas tree cast a soft glow in the living room and the lights that my father hung on the eaves of the house streamed into the living room and kitchen. There was a slight frost in the air with the temperatures dipping into the upper 60's, which is cold for Hawai'i. While the goodies cooled off, we made homemade gift tags. I'm artsy fartsy like that and my little sisters from down the road are always DOWN for whatever. In the midst of our laughing and singing along to the Christmas special, we hear a knock at the door.

Nobody we know would knock on the door. Most people we know will walk right into the house, not needing or waiting for an invitation. So it was odd that there was someone knocking at our door. Because of the cold temperatures, we had the heavy door closed when normally the screen door would suffice. When I opened the door, there was a Caucasian gentleman standing there. Dark hair. Round glasses. Red Santa hat on. Cardigan and khakis. I had never seen this man before in my life. He smiled really big when I opened the door.

I replied, "Yes. Do you need something?"

He handed an envelope to me and asked me to give it to her.

I said, "Okay," and took the envelope.

"Hold on," I told him, as I ran to get a box of macadamia nut chocolates under the tree that my mom had wrapped for occasions like this.

He took the box and walked down the driveway. I closed the door and took the envelope to my mother, who was sitting with my father in their bedroom.

I went back to preparing the gift packages for the families we selected. The laughing, the singing, the preparing continued. My mother came out of the room with a stern look on her face.

"Where did this envelope come from?" my mother asked.

I explained what happened and described the guy. She walked to the door and looked up and down the street. I was worried. Why was she so concerned?

All of us started tearing up as she explained how she had to choose between paying the electric or buying groceries for Christmas and New Years. I had been so caught up with thinking all about me in the preceding months with my wedding and the fairytale I thought I was going to live out. It never even crossed my mind about the struggles of my parents, who both lost their jobs within months of each other. My tears were about feeling regret and shame for having only thought about me all these months. I hadn't contributed to my wedding or anything and I just thought how selfish I had been. With one act, a gift from a stranger, I was brought to my knees and reminded to think outside of myself. I was glad that we were baking and preparing small, little gifts for other people in the area. In some way, I was just like the santa-guy that had delivered that envelope.

That was the best Christmas ever. Since then, Christmas is about everyone else especially the children. It is a time to remind them of the abundance of God's universe. It's a time to foster imagination and the magic of believing. The only thing that brings me joy at Christmas is the ability I have to give whatever I can. I still love cards especially when they are handwritten but other than that, Christmas is a time to create memories. I love the lights, the sounds, the music, the feeling in the air, the decorations. But this season is about love. Merry Christmas! 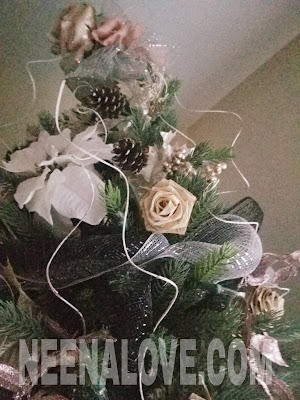 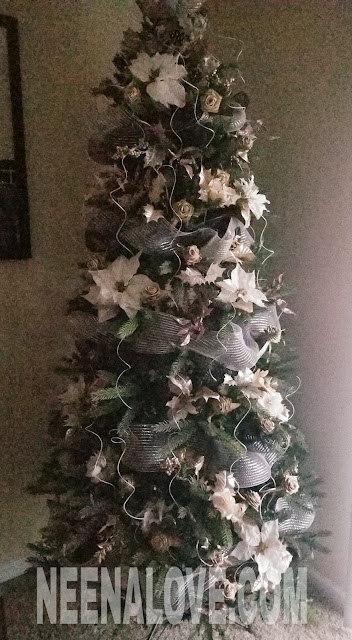