You Think You Pretty? 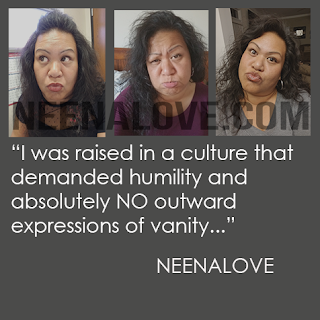 My friends and family say that I am "feeling myself" a little too much lately. According to them, my excessive selfies on my social media is the manifestation of me "feeling myself" a little too much. People text me or message me about it. Honestly, I don't really care what people think anymore. Does it hurt when my closest friends say I just want attention? Sure. But what they think of me is really none of my business and it has taken me all of my life to get to this point. I am no longer in the business of having to explain myself to anyone or to somehow feel bad for "feeling myself" a little too much. And honestly, I want to surround myself with people who are positive. I'm not saying NOT to tell me your honest true feelings but let it be constructive and not meant to tear me down. Certainly as I move toward living the dream, I will need people to help ground me and keep me authentic but as I said, let it be positive and constructive.

I was raised in a culture that demanded humility and absolutely NO outward expressions of vanity. I am 42 years old and I am still desperately trying to overcome the idea that honoring my beauty is bad. I am sure that many Samoan girls and women can identify with this. I grew up getting berated for trying to be "beautiful". My mother, her mother, her sisters would call me "cheeky" if I spent too much time in the mirror. The result was me being very uncomfortable with my femininity. It was easier to be a "tom boy" and mimic the actions of my older brother because he was almost honored for his brawn and his physical attributes. If he played flag football, I wanted to play flag football. He wanted Jordans, I wanted Jordans. Even my selection in clothing looked like his - very boyish and masculine. If he got a duffel bag for his football stuff, I wanted one instead of a purse. Eventually I embraced my femininity in my late teen years but the transformation was very awkward.

It was the day of my senior prom the first time I let my mother take a tweezer to my eyebrows. She had wanted to do it several times before but I absolutely would not let her because she had discouraged it so much in my childhood. And now that I was turning into a woman, at least physically, I just didn't trust that she wanted me to be beautiful because she didn't want that for me when I was a child. Well, that's not entirely true. It's not that she didn't want me to be beautiful. It's like she didn't want me to know that I was beautiful?!

My mother actually graduated from beauty school. She loved doing hair. I have pictures of me as a child with beautifully coiffed hair styles that were far too grown up for me. It's funny how these coming-of-age experiences stand out in my memory. When I think of the tweezing experience, I am immediately transported back to that moment in time. I about died from the pain of it and only allowed her to do one side. This is why you will NEVER see me post pictures from my senior prom because I only had one eyebrow shaped and plucked. The other side was my normal. I think I destroyed most of the pictures from that night anyway. Several months after the prom, after I had graduated from high school, I was sitting in a friend's home in Carson, California. She was my bestie at the time. We were talking while she plucked her eyebrows. It was at that very  moment that I decided to finish what my mother had started.

I have spent a good portion of my life trying to understand why I was discouraged from honoring my beauty. Even now, it feels funny to refer to myself as beautiful. My mother's insistence on modesty in the way I dressed and how I behaved is probably a reflection on her upbringing. Thus, it was the only way she knew how to mother me. As a grown woman now, I can understand some of her reasoning but I wish she would have fostered my self-esteem and help me to appreciate my reflection and my body. Instead, I was shamed into behaving a certain way. I will never understand the use of shame as a tool for control. It has such terrible side-effects that lasts long into adulthood. I know it sounds like I blame my mother entirely for the way I interpreted her mothering. That is not entirely true. She did the best she could with the tools she had.

Being teased by other kids had a large impact on my self esteem also. On so many occasions I remember getting dressed for school, feeling pretty as I walked out the door. As soon as I got to school, one particular boy would ALWAYS tease me about something and most times it had to do with the way I looked. And in typical bully fashion, he was the instigator in his group of friends. His friends would giggle and laugh at his remarks at my expense. I had no words to defend myself. Even now, my eyes well-up with tears thinking of how he made me feel. I think if I had the confidence to know that his words didn't matter, I would not have tried to disappear into the wall whenever he was around. Surely, I tried desperately to stay out of his way. I didn't have thick enough skin to deal with his put downs. Maybe things would have been different if the women in my family helped build me up instead of tear me down. Maybe I would have been stronger to not take to heart what the bully was saying about me. We will never know.

The old me would turn into a shrinking violet if someone was to tell me, "You think you pretty?" Really, the person asking the question is insinuating that I think I'm better than everyone else and that I am really not that pretty, else why would he or she ask the question. "Do you think you're pretty? Cuz you're not," that is the real meaning of the question. I know it sounds strange but in my 'hood, where I'm from, this is a typical reaction to a beautiful person. It reeks of insecurity and a touch of jealousy. I know very attractive people that have asked that question, "You think you pretty?"

The new me has no patience for anyone that wants to stifle my enthusiasm for my reflection. And if you ask me that question today, "You think you pretty?" My answer is emphatically, "Hell yeah! I do think I'm pretty. I'm gorgeous. I am beautiful." Really? That is so shallow. My physical appearance is not even the best part of me. And as I step out from behind the shadow of my childhood where being beautiful was somehow dirty, I refuse to let anyone tell me different. Hell Yeah, I think I'm pretty!! 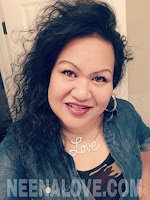 Absolutely LOVE this blog post! Makes me reflect on my younger years and the feelings I had growing up. Confidence, humility and knowing your self-worth makes you beautiful. Embrace every part of it!

Every part of this is so true even today. I can totally see why so much polynesian woman settle for less of a man then they are a woman because of their low self-esteem. They truely deserve way more than what they are getting or have right now. I just wish my friends knew that but I also don’t let it get to their head and bring down others cause you know I’ll cut someone lol love you Aunty NeenaXx

It's so funny how we look back at our teenage years. I would have never thought that you had issues with self esteem. Hello... you were a cheerleader. Lol. Glad we're all grown up now. Hugzzzz

Yessss.... love that you commented. And please stop breaking down your pretty friends. Lol... Love you Nui!!!