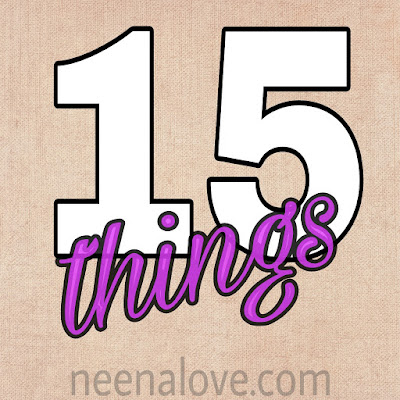 1. The Watched/Read It List
Name of the book I'm currently reading:
Song of Solomon by Toni Morrison - it's my favorite book and I've read it a dozen times. I just love the way she develops each character. It's like I know them. I'm scared of them. I would steer clear of them if I met them in the street. From Milkman to Hagar and everyone in between. My skin crawls at the dysfunction of each character.

Last Movie I Watched:
Thanksgiving Weekend we went to watch The Justice League. I only went to look at Jason Momoa's fine self. I fell asleep when he wasn't in the scene. The movie was quite boring to me. I am just not into the whole action, comic book thing. There's nothing about it that engages my brain, which is why I prefer to read instead of watch a cheesy teenage film but... seeing AquaMan was worth every penny. **giggles**


2. Gramma's Wisdom
Yesterday was my paternal grandmother's birthday (my popps mother). She would have been 98. She was a woman of very little words but when she spoke, there was no question what she wanted to say. Probably the thing I remember the most about my grandmother and her home is she was always ready to entertain guests. The house and the kitchen was ALWAYS spotless. Even when I would arrive with several friends in tow, she was always available to make food for us. I loved that about her home. And the wisdom in that is because of her hospitality, her home was NEVER empty. She was NEVER alone. I hope that as I age, I too will be able to welcome anyone into my home that is in need of a kind word or a hot meal and I pray that my home will NEVER be empty either.


3. My True Happiness
It is not a secret that this past year has been a rough one for me. The last time I went through such a life-changing event was probably when my mother passed in 2011. This last year has been spent attempting to find myself again. What I discovered is that my TRUE happiness is writing. I am most happy when I am digging into the emotion of my life and expressing it through the written word. Lately, I have been working on a poem and it is so emotional, so hopeful, so full of love. I forgot how beautiful life is when I can sit in silence and just write - let my thoughts flow uninhibited!


4. The Mistake I Never Want To Make
Going back to any of my exes? There is a reason and season for everything and the past should stay in the past. There is no doubt that there was genuine love between my first husband and I as well as my most recent ex and I. I would like to think that I had an impact on their lives and that they will think of me with fondness but even if they don't, I know the memories that I carry with me. I know love and I know how to love. I know the woman I am and I know my value even if THEY never ever acknowledge it.


5. Best GO-TO Recipe From a Friend
Ohhh... Tawnya's butter mochi!! She is the cutest, most bubbly, talented, funny lady and she can freaken bake her tail off. A close second is her pecan bars. :-) I don't have her permission to share the recipe so I am not posting it. I don't know if the butter mochi will still be my "go-to" recipe here in South Carolina but it's definitely a popular one in Hawai'i.


6. My Favorite Failure
I don't know what failure is my most favorite. I look at failures as part of a cycle so that even if I initially think that I failed at something, really it's part of the come-up. It's part of a bigger picture that leads to success. The failure eventually pushes me to becoming a better me. The biggest failure I see right now is my inability to save my marriage. Before I knew that I was losing at being his life partner and that my marriage was slipping away, the relationship was too far gone and HE was done with all of it. It was already too late for me to attempt fixing anything.

I take responsibility for the things I think I may have done wrong but ultimately he left and his only concern was himself. I hope the grass is greener on the other side and that he will live out his days in bliss. I have LET GO and made peace with the fact that he has moved on and so must I. It's a scary feeling to let go of something that I cherished for so long. I know how good of a woman I am and what I want most is a man that will take care of my heart and never take it for granted in the way that I feel that the last two did. Part of letting go also means that there's a gaping hole where the relationship used to be. And because I let go, I have made room in my heart, my mind, and in my life for something greater, something better than even I can imagine. #iStillBelieveInLove


7. The Most Unexpected Compliment I Ever Got
The other night my sis said to me, "You're good at everything. You are so talented...(or something along those lines)"

This is coming from a woman that was just promoted to Lieutenant Colonel in the United States Army. A General came to promote her in her pinning ceremony and had such wonderful things to say about her that he had me in tears. For her to tell me that I am good at everything was very unexpected. So often, I get caught up doing things out of necessity that I don't realize the skill it takes to do things. And others observe it and think, "Wow. She is so talented," but really I'm only learning or doing something out of the need for it and the need to save money on it. For instance, everybody knows I do florals. I love working with flowers. The beauty of flowers and the joy it brings to people when they look at something so beautiful makes me happy.


9. Deep Dark Secret
I don't feel like I have any dark secrets. My life is so wide open and I don't mind sharing the things that have shaped me and made me who I am today. What surprises most people about me is when they find out that I am a rape survivor. How does that topic ever come up on its own? It's rare but when the topic does surface, I am happy to share my story.


10. What Younger ME Would Love About Present ME
...that I am so comfortable in my own skin. Turn the other way if you don't like what you see. As for me, I love every inch of me and am not afraid ANYMORE of what people have to say about it. 100% unapologetic!


11. That One Quote
"Abundance is scooped from abundance yet abundance remains"
I want for this to always be my core belief. The universe is full of abundance and I want to live in that space and not in "lack". There is infinite resources to give all of us everything we need. May my heart and my mind ALWAYS be open to the abundance of the universe.


12. The Hardest Thing To Forgive
Betrayal is probably the hardest thing to forgive. And it's not just in terms of a cheating mate or spouse. Betrayal by friends or family members is so damaging. If someone lets me down when I am counting on them, I sometimes retreat into complete bitterness. That has always been the most difficult thing for me to forgive... when someone lets me down.


13. The Best Surprise I Ever Had
The first memory that came to mind was with the boyfriend I had when I was 18. It was a Saturday. He and I had talked on the phone in the morning. This was before cell-phones so when he had called me from the payphone outside his barracks room, he told me what he planned to do for the rest of the day and I said I would be home doing laundry. I didn't have a ride to see him and he was car-less until his car arrived on the boat. He had just moved here from Colorado, military relocation, and was having the car shipped over.

The normal attire for being at home and doing laundry is a tshirt and shorts (no underwear), and that "tita bun" on top of my head. It's comfortable and it's just what I do. The clouds were forming and the late afternoon was going to be rainy. I love days like that. It means curling up on the couch and either reading a good book or watching a chic flick. For some reason, everyone was busy that day. I was home alone. The phone rings and it's boyfriend. We are still so brand new at this point that the butterflies in my belly flutter at the sound of his voice. He asks me what I'm doing. I tell him I'm watching a movie while folding laundry then abruptly stops and tells me he's going to call me right back. I go back to what I was doing. About five minutes or so after I hang up the phone I hear a car honk its horn outside. When I look outside, it's boyfriend in his room mate's car. I look a wreck but he doesn't seem to care.

He gets out of the car and I am so thrilled at his presence and his "surprise" visit. I get in the car with him and we go cruising for a couple hours. I don't recall what, exactly, we did. I'm pretty sure there was lots of making out involved. That's what teenagers in love do, right?! He was 24 but I was 18 so I was still considered a teenager.

I'm 42 now and I still love surprises like this. It shows me that the man who wants me is thinking of me and finding ways to love me and show me he cares.


14. Amendment to the Bucket List
Publishing a book. Getting paid to write. I want this sooner than later. This bucket list item is my number one priority now. It's not some lofty bucket list pipe dream. It is the only thing I am focused on right now.


15. My Christmas Wish This Year
This year I think I am in a better space than I was last year. Last year I probably wanted the sadness NOT to engulf me. This year - no sadness - just love in my heart and gratitude. What I want for Christmas this year is a camera. To be specific - a Canon 6D. It's been sitting in my Amazon shopping cart for quite some time now. Photography is such an expensive hobby but I love it and I feel lost without my camera. It is like an extension of my body. I always carry it for the times when I behold something beautiful and want to capture it on film. I don't know why I have such a difficult time spending money on myself but am quick to drop dollars for the people that I love. **sigh**
on December 13, 2017

Email ThisBlogThis!Share to TwitterShare to FacebookShare to Pinterest
Labels: 15 Things