Why Fluoride Worries Me 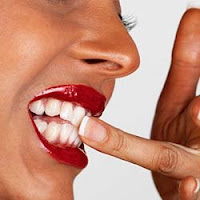 In a previous post I touched on the subject of fluoride. I felt like I had to go further into it so that you, the reader, can understand my stance on the subject. I really, truly am endeavoring to be the most healthy I can be. I want to honor my body and the beautiful temple that has been gifted to me. The lifestyle changes I've made supports that. From going almost totally veggie to including a daily workout, really contributes to a more healthy lifestyle... one that is about longevity and quality of life.

Fluoride was used in Nazi concentration camps for mind control experiments. They fluoridated the water to be ingested by their prisoners. Believe it or not! Glen Yeadon, author of Hydra in America: Supressed History of a Century, "fluoride was added to drinking water in the prisoner of war camps to take away their will to resist." Is it any wonder that the United States is full of so much apathy? In the book, Water: The Shocking Truth That Can Save Your Life, it relates the following:


Adolf Hitler sought a means to make people docile and suggestible. He discovered that odorless sodium fluoride slowly poisons and makes dormant the small tissue in the brain's left rear occipital lobe that normally helps a person resist domination. Fluoride allows muscles to move one way, but not relax. In large doses fluoride can cause paralysis and death. [1]

I'm happy to say that Hawai'i is one of the very few states that does not have fluoridated water. If you live there, you must fight the use of fluoride in your water at ALL COSTS! If you live in a state that has fluoridated, chlorinated water (which is everywhere else) -- get a filter immediately or switch to drinking reverse-osmosis filtered water. Here is a list I found on fluoridated water, by state. Washington DC is 100% fluoridated. What an indicator of the forced compliance of politicians to the will of the big corporations. Hawai'i ranks 49th, with Utah at #50 being almost totally free of fluoride.

Another interesting point of view from Water: The Shocking Truth That Can Save Your Life.


At first, industry could dispose of fluoride legally only in small amounts by selling it to insecticide and rat poison manufacturers. Then a commercial outlet was devised in the mid 1930s when a connection was made between a water supply bearing traces of natural fluoride and lower rates of tooth decay. Even after this connection was proven erroneous, it became a political, not a scientific issue! Many opponents originally started out as proponents, but changed their minds after closer looks at mounting evidence. They started viewing it as a capitalist-style con job of epic proportions poured down their American throats. [1]

There is so much information out there regarding fluoride. These are just a few "scary" facts but are a great introduction to why fluoride worries me. This all sounds so academic and that is not the note I'd like to end on. Deep, down inside, in the gut, in the na'au, at the seat of the soul is pure intelligence which will tell you what's right for you. Quieting the mind and blocking out all the indoctrination is essential!

I speak from experience in saying that I have not used fluoridated products in years and my teeth are more healthy than when I did use fluoride. The bone and calcium inside the teeth are much more healthy now. The density has increased rather than deteriorated. That is my experience. Hopefully, you'll make the decision to be fluoride-free also and have your own experiences to share.

All this truth was almost too much for me! really... every time i read another paragraph i would almost gasp... until the stat about western Europe.. i laughed out loud! (not at the stat... just thinking about how English always get teased for poor teeth care and then wondering if it is because of non floride water)

So growing up here in Hawaii i never had a single cavity.. it wasn’t until i moved to Utah where the water was fluoridated (is that the correct word?) that i got my first cavity and then got teeth pulled...