That is THE LIFE 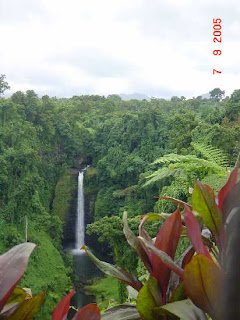 I just got through watching the season premiere of Bizarre Foods. His location: Samoa, formerly known as Western Samoa. I was so thrilled to see my mother's home land, which consequently makes it my ancestral home.

Andrew Zimmern, the host of Bizarre Foods, visited the two main islands of Samoa. His commentary in between the actual eating segments made me so proud to be 'teine Samoa' (Samoan Girl). Andrew appreciated the same things I do about the culture of my people.

The people of Samoa practice the traditions of their ancestors as passed down from generation to generation.

Samoa was invaded by the Brits, the Germans, New Zealand and the United States. The U.S. took what is now known as American Samoa, an official U.S. territory like Puerto Rico. The Brits traded Samoa for Fiji with the Germans. Eventually, under the direction of the Brits, New Zealand took political control. Even with all the different political take overs in Samoa's contemporary history, the culture has remained intact! In 1962, New Zealand left Samoa for good and allowed the people to determine their own destiny and they have successfully ruled themselves since.

I look at how Samoa was able to gain independence from all conquering countries and am hopeful that maybe one day the same could happen for Hawai'i. In contrast to the strength of Samoan culture despite outside influences, Hawai'i has become a melting pot of Asian and Caucasian traditions with sparses of Polynesia intertwined; totally "americanized" and void of any real connection to Hawai'i's colorful and strong history. Samoa, on the other hand, still prides itself on holding fast to its cultural strength.

Samoa practices a type of "caste system", in that each person has a specific job to fulfill. The thought of a caste system in these times seem archaic, however, the system has worked for generations on end before foreign contact. Each person knows his/her place in the village and each person plays an important part in maintaining harmony.

Respect is above all else. In Samoa, children still listen to their parents no matter the age. You can be 50 years old with a large family of your own and you are still subject to your parents rule. I find that quite endearing in a world with decaying family values.

The best thing about Samoa, for me, is that village is life is run the same way it was a century ago, two centuries ago. People live to raise their families and their crops. Money is not as valuable as the number of children you have, the yield of your crops, the daily catch of seafood, the number of chickens in the village, the size of the pigs in the pen... money tends to run low on the totem pole.

But the absolute best, best thing about Samoa is time! There, you won't need a digital time piece. Time is set by the position of the sun in the sky. Its rising begins your day. Its setting ends it. And everything you need to do falls between the two. You can work the plantation and nurture your crops. Cool off in a mountain lagoon. Set lobster traps just off shore. Dig for clams in the shallows of the ocean. And yet and still, there's plenty of time to do everything you love doing. No office to run off to. No soccer practices to shuttle kids to. No outrageous energy bills enslaving you to a paycheck. Ah yes, THAT IS THE LIFE! That is the life I want for me! 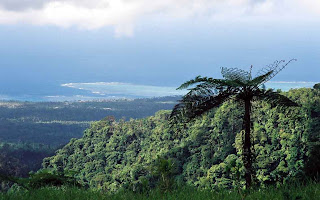 Sooo - I love Andrew - I watch him all the time!

I dated a Samoan when I lived in Hawaii but never did he speak so eloquently about his culture, although he was always clear he preferred home over Hawaii.

I pray that Hawaii one day gains its independence and stops being a Disneyland to Japanese, European and American tourists.

Hawaii is truly a world of it's own, on the inside, but on the outside it's become tragically tourist driven.